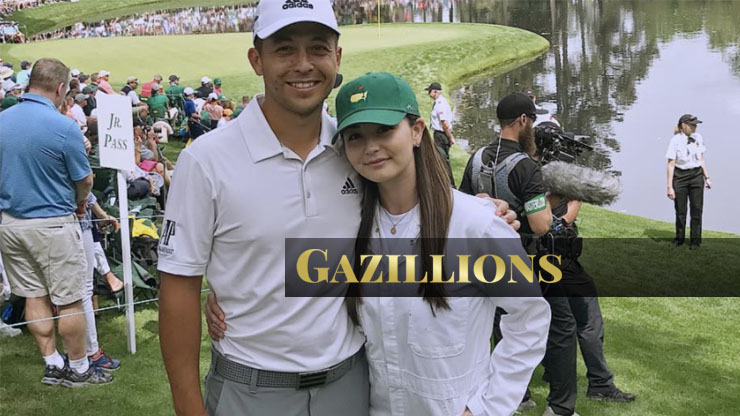 Xander Schauffele has always worked hard to win. After graduating from Scripps Ranch High School, he attended Long Beach State University for a year, winning the Big West Conference Freshman of the Year for 2012. And that was only the beginning of a stellar amateur career.

In June 2015, Schauffele turned pro. He debuted on the PGA at the CareerBuilder Challenge, and in 2016-2017 he became the first golfer in U.S. Open history to shoot a round of 66 or better without a single bogey. Currently, Schauffele has an estimated net worth of $15 million.

The four-time PGA tour winner is in a relationship with Maya Lowe, a 2017 graduate of the University of California. Lowe is working on a master's degree at the University of Maryland in health care administration and management. She is also an actress and has been in Killjoys, Man Seeking Woman, and Bastards.

Schauffele and Lowe started dating in 2014 and has been a regular feature at her boyfriend's tournaments. She can often be seen supporting his career in many ways. In fact, she even caddied for Schauffele at 2018's par-3 contest at Augusta.