ADVERTISEMENT
Why Kanye West bought a $4.5 Million house directly across from Kim Kardashian 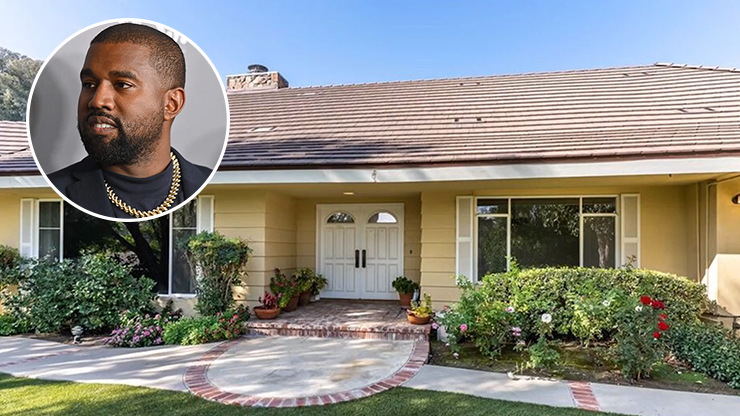 It’s been a rocky year for the couple formerly known as Kimye, but it looks like Kanye West and Kim Kardashian aren’t going to be living as far apart as their impending divorce would suggest.

The newly named Ye just snapped up a $4.5 million mansion in the same Hidden Hills neighborhood his soon-to-be ex-wife lives in. In fact, the home is right across the street.

According to sources close to the Heartless rapper, Ye purchased the pricey property for well over asking price in an effort to stay close to his kids. The one-time power duo have four children together: North (8), Saint (6), Chicago (3), and Psalm (2).

While the property isn’t exactly move-in ready — insiders report that the house is considered a “teardown” and will need extensive renovation — the location was Ye’s primary concern. “He has a vision for the house and plans on starting construction ASAP,” said the insider. “It will be family-friendly.”

The home was built in 1955 and is described as having wall-to-wall carpeting covering much of the 4-bed, 2.5-bath expanse, indicating there’s plenty of room for some upgrades. On the other hand, the property does come with its very own horse stables, which could be a major selling point for daughter North who was already given her own Friesian horse.

West is currently based in Malibu, living in an impressive Tadao Ando-designer property purchased for $57.3 million.

As for the home Kim is currently in with her kiddos, it’s the mega-estate she used to live in with Kanye, having bought out his share for a whopping $23 million last October as the co-parents march toward a divorce settlement.

The new living arrangements are sure to make it easier on the kids as the couple plan to share custody, as outlined in the legal documents Kim filed as part of her divorce petition. At the time, a source spilled the beans on Kim’s hopes for the future, saying “She wants Kanye to be a big part of the kid’s lives. [He] will be invited to all holidays and family celebrations.”

So far, that plan appears to be intact. The couple reportedly just spent Christmas together with their kids, and rumor has it Ye shelled out $1 million for five new 2021 Maybachs for his ex. As for what Kim got for her Yeezy-designing ex, she apparently spent a similar amount on some pieces by James Turrell, an acclaimed American artist who “works directly with light and space to create artworks that engage viewers with the limits and wonder of human perception.”

Kim is currently dating comedian Pete Davidson, a cast member on Saturday Night Live, with the couple recently spotted in soaking up the sun together in the Bahamas. Ye has yet to confirm a post-Kim relationship, but the billionaire has been seen with actress Julia Fox several times in recent months.

Recommended by
At 76, Jacqueline Bisset Will Make Your Heart Skip A Beat
Time Has Not Been Kind To These Celebrities
They Were Famous In The '90s- Where Are They Now?
ADVERTISEMENT