ADVERTISEMENT
-->
What Is Lil Wayne's Net Worth? 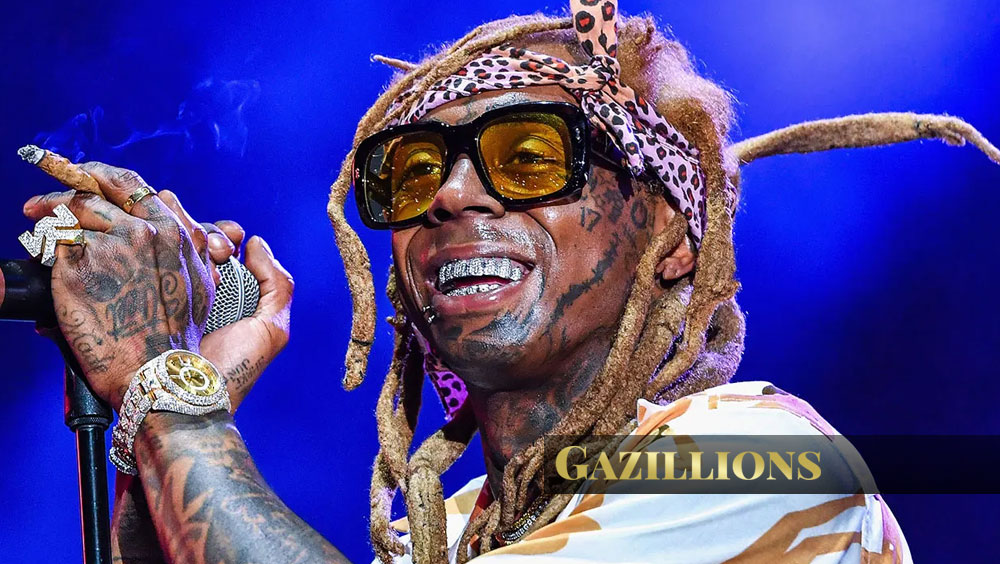 Shrimp Daddy, Baby D, Lil Wayne — the iconic rapper born Dwayne Michael Carter, Jr., may like to change up his nicknames, but one thing remains the same: this guy is rolling in dough.

How much is Lil Wayne really worth?

According to sources in the know, the Let The Beat Build rapper has a net worth of $170 million. Here’s how he went from growing up broke in one of New Orleans’ riskiest neighborhoods to dropping a whopping $15.4 million on a guard-gated pad in the same Hidden Hills area Kylie Jenner and The Weeknd call home.

Getting Out of Hollygrove

Though Lil Wayne grew up with a broken family — his father left when Wayne was just a toddler — the future millionaire was an excellent student. In addition to attending the gifted program at his elementary school, Lil Wanted was an honor student in middle school before dropping out at the age of 14 to pursue his music career full time.

The prodigy wrote his first rap when he was just eight, and a year later he was scouted by Bryan “Baby” Williams, co-founder of Cash Money Records. Wayne was officially added to the Cash Money roster when he was 12 and was soon on his way to stardom.

For many artists, album sales aren’t exactly the key to riches, especially after record labels take their hefty cut. But when you’re Lil Wayne and you sell more than 120 million records worldwide, all those royalties add up.

Wayne’s first album, Tha Block Is Hot, debuted on the Billboard Top 200 three spots from the top and eventually went platinum. While the next two follow-up albums struggled to get the same traction, everything changed when the first album in Tha Carter series was released to instant acclaim in 2004.

In 2005, Lil Wayne decided to launch his own record label called Young Money Entertainment. To date, the label has released a total of 14 chart-topping albums, including four by Lil Wayne himself, a handful of titles by Canadian rapper Drake, and Nicki Minaj’s Pink Friday and Pink Friday: Roman Reloaded. YME also works with Mack Maine (who’s also the president of the company), Cory Gunz, and Lil Twist.

In June 2020, Lil Wayne made the huge move of selling not only his own master recordings but the masters of other former and current Young Money artists Tyga and Minaj as well. The buyer, Universal Music Group, paid a reported $100 million for the massive collection, which likely resulted in quite a hefty payday for Wayne and his business partners.

Retirement (Or Maybe Not …)

Lil Wayne shocked the world when he announced in 2011 that he would retire at the age of 35 to spend more time with his four kids and pursue other interests, but the prolific performer is still hard at work. His album Funeral hit shelves in 2020, and insiders say I Am Not a Human Being III is in the works.