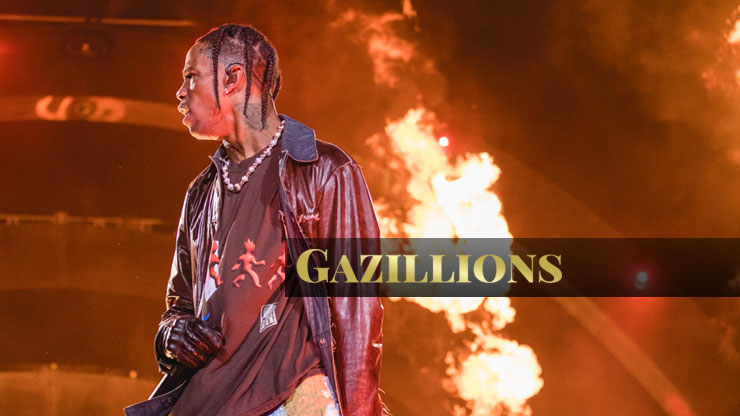 The hits keep coming for embattled rapper Travis Scott, who is now facing a mega lawsuit that could cost him millions.

Scott is just one of defendants in a class-action suit filed on behalf of 282 people who got caught up in the Astroworld chaos a few weeks back. Attendees allege that the Sicko Mode chart-topper urged the crowd to get rowdy, resulting in a surge that left ten people dead and numerous fans in need of medical attention.

The lawsuit’s plaintiffs are seeking a whopping $2 billion in damages from not only Scott but also fellow performer Drake and Live Nation, the production company responsible for organizing and overseeing the event. Lawyers for the concertgoers claim that Scott and his cohorts “chose to cut corners, cut costs, and put attendees at risk,” all in the name of profit.

ADVERTISEMENT
“
Scott and his cohorts “chose to cut corners, cut costs, and put attendees at risk,” all in the name of profit

The multi-billion-dollar figure named in the suit is meant to “send the message to all performers, event organizers, and promoters that what happened at Astroworld cannot happen again.”

Also named in the suit? Apple. While the tech giant didn’t have a direct hand in conceiving Astroworld, the suit says Apple put cameras and other equipment in place around the arena — part of their exclusive deal to film and stream the sold-out musical festival’s Houston stop — that prevented people from safely reaching the exits once the stampede began.

This is yet another in a string of problems for Kylie Jenner’s baby daddy. The superstar, who is currently awaiting kiddo number two with his makeup mogul sweetheart, is already facing another class-action lawsuit, this one filed on behalf of 125 Astroworld ticket-holders asking for $750 million in damages, as well as a solo suit filed on behalf of 9-year-old Ezra Blount. Blount is the youngest victim of the party gone wrong, with his lawyer, civil rights attorney Ben Crump, saying the impressionable boy was “trampled nearly to death” then “suddenly forced to watch in terror as several concertgoers were injured and killed.”

Scott’s also losing out on several highly anticipated promotional opportunities. Nike’s Travis Scott collab, a sneaker called the Air Max 1 x Cactus Jack, was supposed to be released in December, but the release has now been pushed back indefinitely. The cover Scott recently shot for W Magazine with on-again off-again girlfriend Kylie Jenner by his side is also in jeopardy.  Sources report the publication is desperately trying to stop the issue, which was shot and printed before the Astroworld tragedy, from hitting store shelves and won’t be promoting it regardless.

In total, Scott and others associated with the festival are up against more than 90 lawsuits filed in Harris County Civil Court and there may be more on the way. For his part, Scott maintains he didn’t realize what was happening at his show until 37 minutes after he left the stage.