Top 5 Richest Rappers in the World 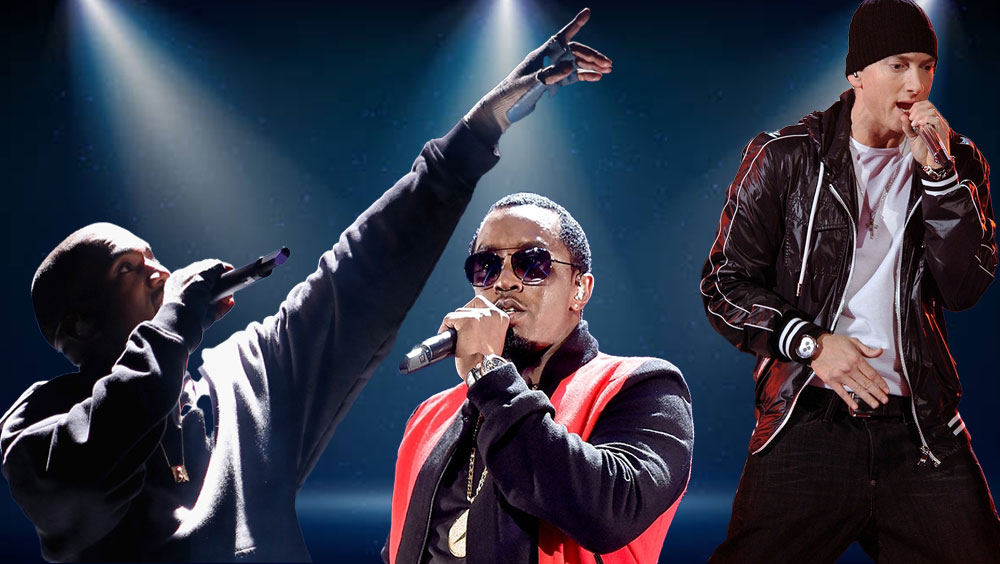 As the legendary Biggie Smalls once said, “Mo Money, Mo Problems.” But most celebrities would probably agree that they’d rather have the problems than be broke.

These rappers have all amassed huge fortunes, making them among the richest people in music. They may have their share of issues, but they also have an absolute ton of cash.

It must pay to be controversial. Eminem burst onto the scene in the 1990s with playful and intricate raps that made waves not only for the catchy beats but also for lyrics that tackled everything from drug use and violence to mental health and his marital woes.

Despite being one of the best-selling musicians of all time, with more than 220 million records sold worldwide, Eminem doesn’t have the investments and alternate revenue streams other rappers have to help boost him to the top of this list.

This entry comes with a major asterisk. Though legendary hip-hop producer and rapper Dr. Dre is currently worth a reported $780 million, his recent divorce from ex-wife Nicole Young is set to seriously deflate the icon’s net worth.

Young, who was married to the Death Row Records co-founder and co-owner for 24 years, is about to walk away with a staggering $100 million of her former hubby’s fortune

Whether you call him Puffy, P. Diddy, plain old Diddy, or the touchy-feely Brother Love, Sean Combs by any other name is crazy rich.

The No Way Out rapper is also a songwriter, record executive, producer, investor, and TV personality. All those gigs add up to a steady income and a bank account that’s ready to burst at the seams. Only a small portion of his money comes from music, too; the majority of Combs’ fortune is the result of development deals for brands like Ciroc vodka and Aquahydrate as well as clothing lines and restaurants.

Brooklyn-born Jay-Z is arguably the most recognizable rapper in the biz thanks to his music as well as multiple clothing lines, nightclub investments, a subscription-based streaming service, real estate (including an estate in Bel Aire he and wife Beyonce purchased for a whopping $88 million), and stakes in both a Champagne brand and his own cognac.

All in all, Jay-Z is worth $1.3 billion — more than twice as much as his gorgeous partner’s $500 million net worth.

Like everything else about Kanye West, there is some controversy about how much the rapper is really worth, but Forbes confirms the multi-talented entrepreneur is in fact a billionaire.

Between his music, work as a designer, and other investments, Ye has put together an empire that makes him the richest rapper in the world.