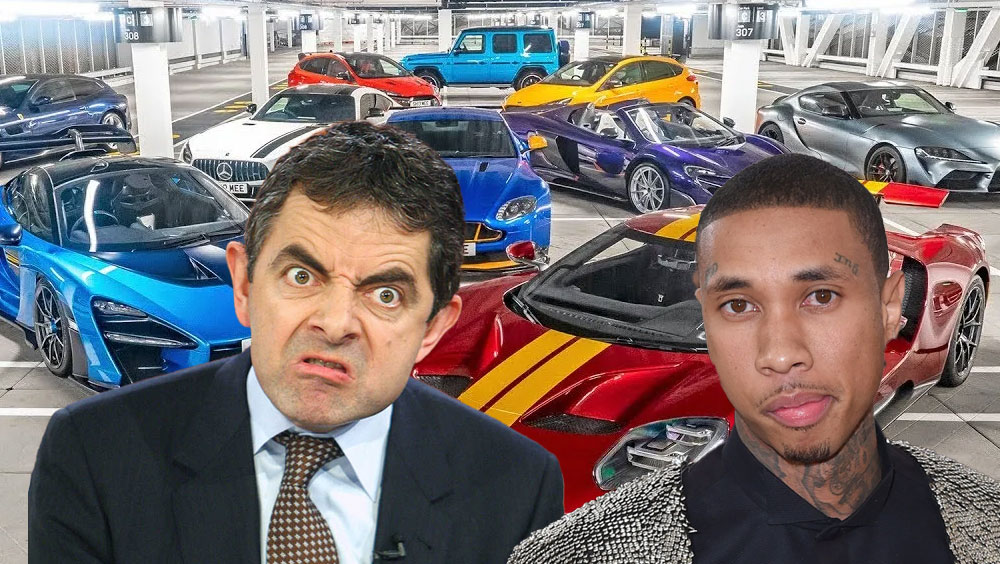 Once celebrities hit the bigtime, they typically spend their newfound wealth on three main things: mansions, jewelry, and cars. A-listers like Jay Leno and Jerry Seinfeld are as famous for their car collections as they are for cracking jokes, but what about those famous faces who haven’t had so much luck behind the wheel?

Here are four celebs who may be regretting their decision to splash out the big bucks on a luxury vehicle.

Comedian Tracy Morgan first made a name for himself on Saturday Night Live before further padding his bank account playing a dialed-up version of himself on 30 Rock. However, nobody was joking around when Morgan wrecked his Bugatti Veyron just two hours after buying it. The hilarious actor used part of his settlement money from his Walmart lawsuit on the $2 million vehicle just to get nailed later that day by a woman driving an SUV.

The infamous Mr. Bean may have toiled around in a tiny citron-green Mini Cooper on TV, but in real life the actor behind the quirky bachelor prefers something with a little more pizazz. In 1997, actor Rowan Atkinson shelled out more than £500,000 for a rare McLaren F1 only to rear end someone, repair the car, then wreck it again 12 years later. The first accident was a mere fender-bender, but the second resulted in repairs that took more than a year to finish, and Atkinson wound up selling the fixed-up ride to another collector for £8 million.

Once a celebrity buys a luxury car, they can do pretty much anything they want to it, right? Not necessarily. It turns out that the folks at Ferrari are so protective of their brand that they’ll go after owners who modify their cars and infringe on the brand. That’s what happened to famous DJ, Deadmau5, who got a cease-and-desist letter from the car company after wrapping his Ferrari 458 Spider in a custom design and renaming his ride the Purrari.

Lawyers demanded for removing the wrap, but rumor has it, the well-known producer sold his brightly colored creation as-is.

The man behind the iconic Tesla brand makes his living from making electric cars, but it was an old-school McLaren F1 that got Elon Musk into trouble. Musk crashed his luxury car and immediately started laughing, telling onlookers that he failed to insure the pricey ride. Oops.

He may be a successful rapper, but Tyga 's profile rose after previously romancing a then under-age Kylie Jenner while she was coming of age on her family’s reality show. Later, Tyga got even more heat for failing to meet a number of financial obligations, including defaulting on the leases of several supercars. He had at least two cars repossessed for non-payment, with Rolls-Royce taking back their Ghost and Tyga also forced to say bye-bye to his precious 2012 Ferrari 458 Spider.