The Truth Behind Adam Sandler's Net Worth Might Surprise You 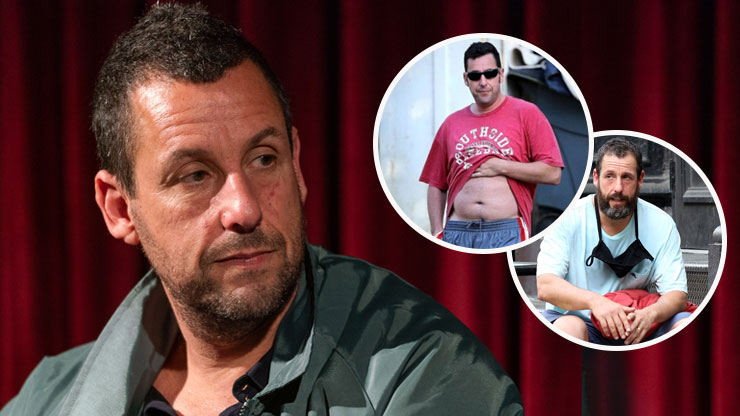 He’s one of the most prolific filmmakers in Hollywood, with a stunning 120 nominations for major movie awards and 46 wins. But how much is Adam Sandler worth?

Sandler, 55, started off as a bit player on TV shows like The Cosby Show, where he played Theo Huxtable’s friend Smitty. In between those guest spots, the NYC-born actor worked in his stand-up routine, cementing a reputation for himself as a working comedian. That eventually caught the eye of Saturday Night Live producer Lorne Michaels.

Though he originally joined SNL as a writer, Sandler soon graduated to a “featured player” and then a main cast member. During his five years at the late-night sketch show, Sandler became known for song-based sketches like “The Thanksgiving Song” and “The Chanukah Song” as well as characters like Opera Man, Canteen Boy, Cajun Man, and Lucy Brawn, one of the hilarious “Gap Girls” alongside David Spade and Chris Farley.

Sandler made the jump into films with 1995’s Billy Madison. The movie kicked off a long string of box office successes that were also critical flops — in fact, Sandler, who owns film production company Happy Madison Productions, has amassed a staggering 37 Raspberry Award nominations which are handed out to honor “the worst of cinematic under-achievements.”

But as savage as critics can be, Sandler’s fans are incredibly supportive. He’s won several People’s Choice Awards, including snagging the Favorite Comedic Actor trophy four years running from 2012-2015 while he was releasing gems like That’s My Boy, Grown Ups 2, Blended, Hotel Transylvania 1 & 2, and The Cobbler.

Sandler’s films also make money. Over the last three decades, movies starring and/or made by Adam Sandler have generated a jaw-dropping $10 billion in revenue. That doesn’t even include the $250 million deal he made with Netflix in 2014 to produce multiple projects, one of which became the movie “Murder Mystery” starring Jennifer Aniston. Sandler reportedly re-upped his Netflix deal in 2020 for an undisclosed amount of cash.

ADVERTISEMENT
“
What does that mean for Sandler himself?

According to experts, Sandler’s net worth sits at around $420 million.

Not bad for a city kid from a modest background. Sandler’s mom was a nursery school teacher and his father an electrical engineer. Both got a shoutout on Sandler’s fourth comedy album entitled Stan and Judy’s Kid, which eventually went gold based on its impressive sales. Of Sandler’s four other albums, one also went gold while his first two, They’re All Gonna Laugh at You! and What the Hell Happened to Me? went double platinum, meaning that sold at least 2,000,000 copies in the United States.

Sandler is still working, with several films slated for release in 2022.