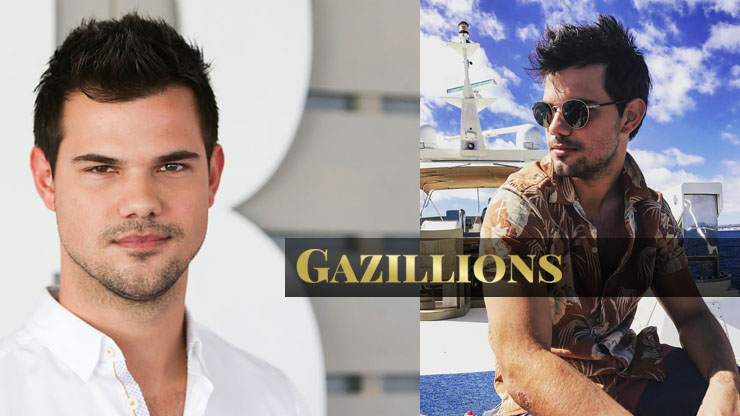 Fans of the wildly successful Twilight series likely remember Taylor Lautner for his role as Jacob, the teen heart-throb/werewolf from the late aughts film adaption of Stephanie Meyer's popular book series. The 28-year-old actor gained more than fans from his role in the blockbuster franchise-- Lautner today enjoys a net worth of approximately $40 million. This should come as no surprise. Lautner was once the highest-paid teen in all of Hollywood and though his career has steadied, he still enjoys regular (and lucrative) work on the big and small screens.

Taylor Lautner Gets His Start

Lautner's first roles in the 1990s were as a child actor. He starred in TV movies such Shadow Fury and later as a voice actor in children's TV mainstays such as Scooby Doo and Duck Dodgers.

Lautner's career sky-rocketed, however, in 2007 when he secured the role of Jacob Black in Twilight-- the job for which he's been known ever since by most Americans. A cinematic interpretation of the YA fiction series of the same name, Twilight made an incredible $392 million worldwide.

Lautner was almost replaced after the first film due to physical transformations of the Jacob character. But impressively, Lautner was able to keep his place among the cast by transforming his own physique. After an extensive workout regime, Lautner achieved the needed fitness to reprise his role and elevate his career, becoming truly essential to the film franchise and a pop culture icon. Although still underage at the time, Lautner hitched his career to the franchise at a pivotal time. The films would go on to generate combined earnings of over $3 billion.

Although Lautner's career may have hit an early peak, he still works the big and small screens to this day. Some of his more recent productions include the film Abduction and the 2014 television series Cuckoo.

But wherever Lautner's career goes from here, the millennial actor enjoys an impressive net-worth. Although earning only around $1 million for his first Twilight role, he brought in $4 million and $7.5 million for the sequels respectively. He also scored a profit share on the third film, which brought his total earnings to $15 million. Not too shabby given that Lautner, who started his film career as a child, is only 28, a shocking fact given how long Lautner has been a part of American pop culture.

Lautner's financial windfall in show business can be attributed to his ferocious power of will. When faced with a need to physically transform for the role of Jacob Black, he rose to the occasion. His reward was the role of a lifetime and a permanent position as one of YA fiction's most beloved celebrities