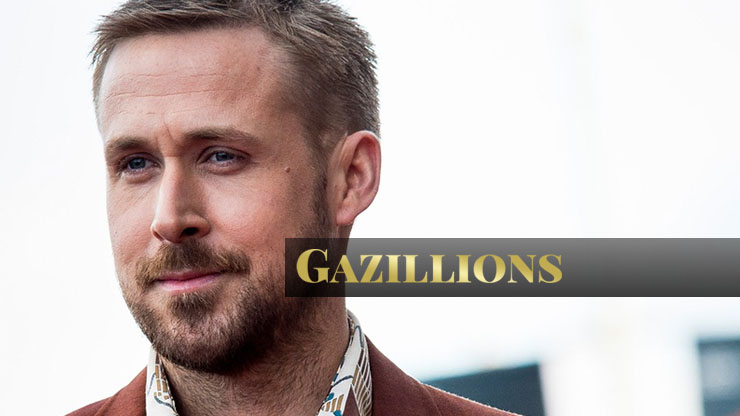 Most people recognize Ryan Gosling from his leading role in The Notebook or La La Land. However, before he was a heartthrob he was a child actor on The Mickey Mouse Club along with future megastars Justin Timberlake and Britney Spears. Throughout his career, he has been nominated for a variety of awards and taken home a Golden Globe. His film pursuits tied in with his latest directing effort have netted him a net worth of $70 million. Of course, there is a lot more to Ryan Gosling's net worth, so let's take a closer look.

Born to a Traveling Salesman

Ryan was born to a traveling salesman and moved around Canada until age 13 when his parents got a divorce. Interestingly enough, while Ryan does not subscribe to the religion, he was raised a Mormon and still notes that the principles did affect his life. Ryan always knew he wanted to be a performer, and sang with his sister at weddings, performed with a local ballet company, and sung with an Elvis tribute band on the side. At age 12 he got his first break on The Mickey Mouse Club and once he turned 17 dropped out of school to pursue a career on the silver screen.

Ryan had a few bit roles in TV shows and then a few small roles in major motion films, but Ryan Gosling's net worth and fame both went up with his lead role in The Notebook alongside Rachel McAdams. He acted in a variety of shows before taking three years from films, but he couldn't stay away and grew his fame with Crazy, Stupid, Love, The Ides of March, and The Place Beyond the Pines. By this point, he was not only established as a talented actor but also a sex symbol.

Ryan Works Hard to Give Back

While Ryan Gosling may a hard worker, he also is involved in charities and social causes. He has been involved in several movements over the year always ready to lend his name and money to raise awareness. He has worked with PETA in the past and also volunteered in Mississippi to help with the cleanup effort following the devastating Hurricane Katrina. He also has traveled to several refugee camps in Darfur and spoke a the Darfur at Campus Progress National Conference in 2008.

Ryan is very quiet about his personal life and it is not known whether he is married to his long-term girlfriend, Eva Mendes, or not. At any rate, the two have been together since they co-starred in The Place Beyond the Pines in 2011. The pair have two daughters and live together, so either way they are clearly a committed couple.