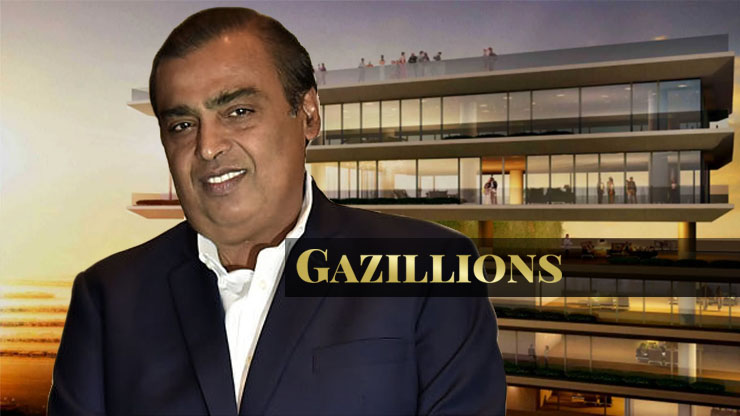 How Much Is Mukesh Dhirubhai Worth

As the wealthiest man in Asia, Mukesh Dhirubhai Ambani enjoys all the finer things in life. Forbes ranks Ambani as the richest person in Asia and the tenth richest person worldwide. Forbes estimates Ambani's net worth to be an astounding $43.4 billion.

In 1966, Ambani's father, Dhirubhai Ambani, founded Reliance Industries. The company's original focus was on fabric and textile manufacturing. Now, with its focus shifted to gas and oil, Reliance Industries is a Fortune 500 company and one of India's most valuable businesses.

Death of the Patriarch

Dhirubhai Ambani died at the age of 69 in 2002. Since he left no will, his company was left for his sons, Mukesh and Anil. The brothers battled following their father's death, and eventually Mukesh Amani was placed at the head of Reliance Industries.

Mukesh Ambani remains the chairman and biggest shareholder in the family's $100 billion business, Reliance Industries Limited. In 2016, Ambani led the company into the lucrative telecom market when they launched Jio, a 4G phone service.

A Home in the Clouds

Ambani and his family live in a skyscraper that is 27 stories high. This incredible home is believed to have cost Ambani around a billion dollars to construct. That would place it among the most expensive houses on the planet.