Most Expensive Celebrity House Purchases Of 2021 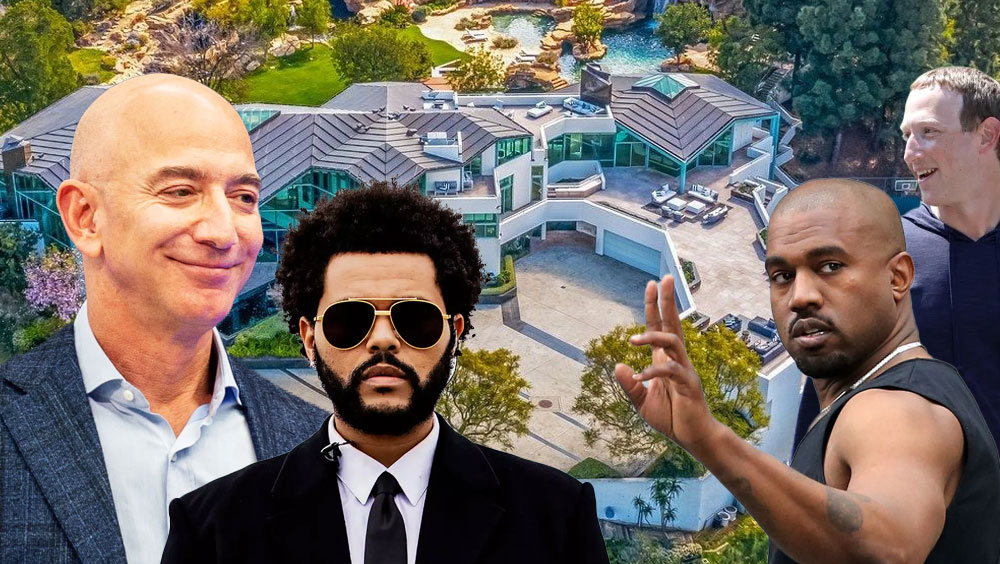 Find out how the other half spends their money when you check out these high-profile celebrity real estate purchases from 2021. From Jeff Bezos to The Weeknd, these celebs are putting their millions to work as they snap up gorgeous mansions.

Celebrities are known for splashing out major cash on mega-mansions, but these famous faces have outdone themselves. While some people spent last year paring down their real estate portfolios, creating some of the biggest sales of the century, others were happy to put down roots in new places. Check out this list of some of the most expensive celebrity real estate purchases of 2021.

Award-winning singer The Weeknd has the honor of being one of the biggest spenders on our list, thanks to the $70 million he spent on a contemporary mansion in L.A.’s super-swishy Bel Air neighborhood.

The home is a whopping 30,000 square feet and includes everything from a gym and sauna to a music studio and two pools — one of which has its very own waterfall.

Everyone can agree that 2021 was a crazy year for the artist formerly known as Kanye. He separated from wife Kim Kardashian West, mourned his failed presidential campaign, and was subject to tons of crazy rumors.

But the Donda performer also made some power moves in real estate, including treating himself to a concrete-and-glass marvel in Malibu for $57.3 million. With four bedrooms and just as many baths, there’s plenty of room for Ye and his adorable kiddos to hang out.

The man behind Facebook and his wife, pediatrician Priscilla Chan, first launched their Hawaiian real estate journey in 2014 when they spent $100 million on 700 acres of land on the beautiful island of Kauai.

Despite protests from locals concerned about damage to the area’s natural flora and fauna, the power couple spent $53 million to add another 600 acres to their stronghold in 2021.

While Zuckerberg’s 2021 property budget seems high, fellow social media mogul Evan Spiegel, cofounder of Snapchat, blew it out of the water when he and supermodel wife Miranda Kerr put down $138 million for an unfinished home in LA’s Holmby Hills neighborhood.

This new expenditure comes after the couple already spent $30 million on a six-bedroom, five-bath Parisian manse in 2020 that boasts its own 10,000-square-foot private park, garden, music room, and cellar.

Amazon’s Jeff Bezos has the distinction of being the second-richest person in the entire world, so it makes sense that he would settle down in a property befitting his status as an e-comm legend and commercial astronaut.

In 2021, Bezos made headlines when he and girlfriend Lauren Sanchez tried to go under the radar to buy a 14-acre estate in southwestern Maui. The price tag of Bezos’ complex is still secret, but locals estimate he spent around $78 million for the main house, surrounding guest houses, and tons of naturally gorgeous land that runs right up to the Pacific Ocean.