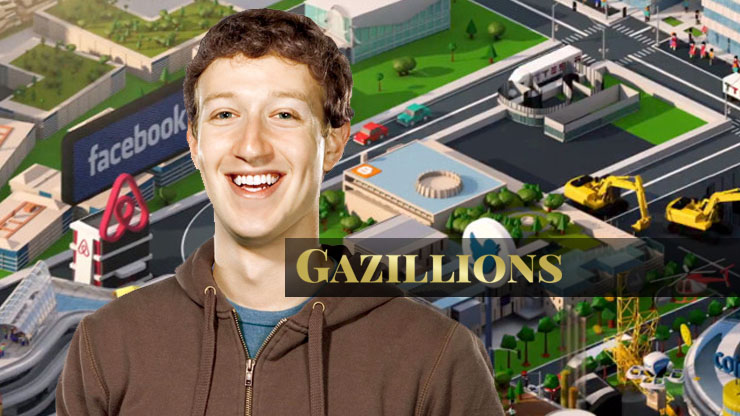 How Much Is Mark Zuckerberg Worth

The co-founder of the world's largest social media platform, Facebook, needs no introduction. Mark Zuckerberg, an internet entrepreneur, and philanthropist is also one of the richest people in the world.

What Is Mark Zuckerberg's Net Worth?

The son of a psychiatrist and dentist from White Plains, NY, built the social networking website for "fun," launching it in 2004. The site was so popular and kept the young coder busy. He dropped out of Harvard in 2005 to continue his work on Facebook full-time. The decision paid off, according to Forbes, as of March 2020, Mark Zuckerberg was worth $58.2 billion and the world's fourth-richest person.

How Does Mark Zuckerberg's Earn His Money?

The Harvard dropouts' income comes directly from his success with Facebook, although since 2013, he's only taken a $1 annual salary. He took the company public the year before, in 2012 with an initial offering of $35 to $38 per share. Mr. Zuckerberg's pledged to give away 99% of his wealth along with other known philanthropists, including Bill and Melinda Gates, Warren Buffett, and Michael Bloomberg.

While most people know about Zuckerberg's $100 million Hawaiian plantation, that's not the only piece of property the former White Plains' resident owns. In 2018, he purchased two properties in Lake Tahoe for a cool $59 million.

In all, he owns 10 properties across the country, including a fully renovated townhouse in San Francisco. Mr. Zuckerberg also has a $7 million home in Palo Alto's Crescent Park neighborhood. In addition, he purchased the four homes surrounding the estate to increase the privacy for his young family.

Which Cars Does Mark Zuckerberg Drive?

Mark Zuckerberg doesn't spend as much on cars as he does with his properties. He has sensible vehicles for everyday use, including a Volkswagen Golf GTi and a compact Honda Fit.

Additionally, the entrepreneur drives a more spacious Infinity G Sedan. But he did splurge on one vehicle.

The crowning jewel of his collection is an Italian-made Pagani Huayra, which is comparable to a Bugatti or Aston Martin with a V12, 6-liter engine, and 720 hp.

Although Mr. Zuckerberg already owns a magnificent estate in paradise, he's known to take some fantastic vacations with his wife, Priscilla. In 2019, they were spotted at the Louvre in Paris and then jetted off to Greece, where they visited the Parthenon for the couple's seventh wedding anniversary.