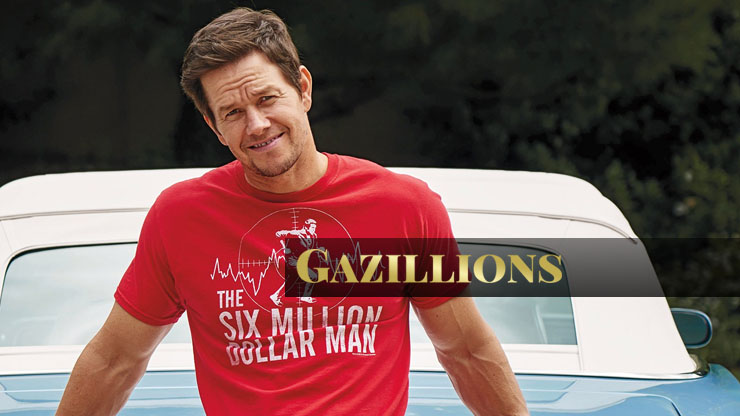 Mark Wahlberg has come a long way from his days as "Marky Mark." Today he is an esteemed film producer, actor, musician, producer, songwriter, and sometimes fry cook at his own chain of restaurants. Always busy, Mark chooses to produce more than act these days, although he can still command a solid asking rate of near $10 million per film. His entrepreneurial efforts alongside his work as an entertainment producer have helped create Mark Walherg's net worth of $300 million.

Mark Walhberg was the youngest of nine children born into a middle-lower working-class family in a suburb of Boston. Even though his brother hit it big singing in New Kids on the Block, Mark had a hard time staying out of trouble and landed in jail at the age of 16 for a racially inspired assault. He was lucky enough to have Donnie around to knock some sense into after his release and help him get back into the world of music.

Marky Mark Bursts Onto the Scene

Donnie was instrumental in helping his brother break into the music business by producing his breakout album "Good Vibrations." Mark went by the moniker Marky Mark and built a reputation as a cocky young guy who was willing to drop his pants at a moment's notice. This helped him land a modeling job for Calvin Klein and led to his appearance on a Times Square billboard for over a year. No doubt the modeling contract gave him a nice nest egg that started off Mark Wahlberg's net worth.

Mark left the world of singing, and his nickname behind and decided to try his hand at acting. His first film was "Renaissance Man '' which wasn't a big hit but then he landed a starring role in the film "The Basketball Diaries' playing opposite Leonardo DiCaprio and eventually started to be noticed by critics. Before too long he had leading roles in dozens of films and started commanding a salary of $10 million a film, although the wise businessman often accepted a lower upfront payment in exchange for a greater number of backend gross.

Mark has always been interested in more than just Hollywood and has spent a lot of time diversifying his portfolio with different companies and projects. He is heavily invested in a bottled water company along with Ron Burkle and Sean "Diddy" Combs and in the last couple of years purchased a Chevy dealership in Ohio. In addition, he is part owner of the Wahlburgers franchise along with his brothers. No doubt all of these ventures also are helping to positively add to Mark Wahlberg's net worth.