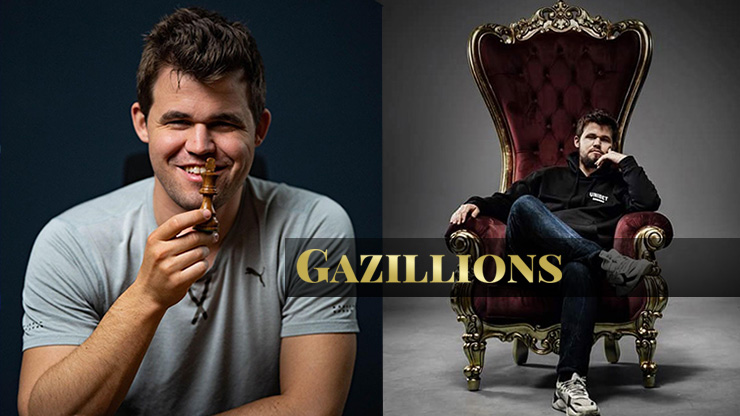 As a young teen, he gained international notoriety with a win in the C group of the Corus chess tournament. The victory earned him the nickname "Mozart of chess."

He's One of the Wealthiest Chess Players of All Time

You Can Play Chess Against Magnus...Virtually

In addition to winning tournaments, Magnus earns money from virtual chess games he designed with other chess Grandmasters and game design experts. Fans can play Magnus Trainer on their cell phones.

Chess isn't the only arena where Magnus enjoys a good game. He's a huge soccer fan loyal to Real Madrid C.F. He also enjoys NBA basketball; his favorite teams are the Celtics, Knicks, and Hawks.

In 2015, he purchased his father's house in Holmenkollen, Norway where he often lays in the hammock to think about chess games past and future. He also recently purchased a $2.3 million condo in Oslo with a view of the fjords and Holmenkollen.