ADVERTISEMENT
Leonardo DiCaprio is the wolf of real estate! Actor offloads another property from his impressive portfolio 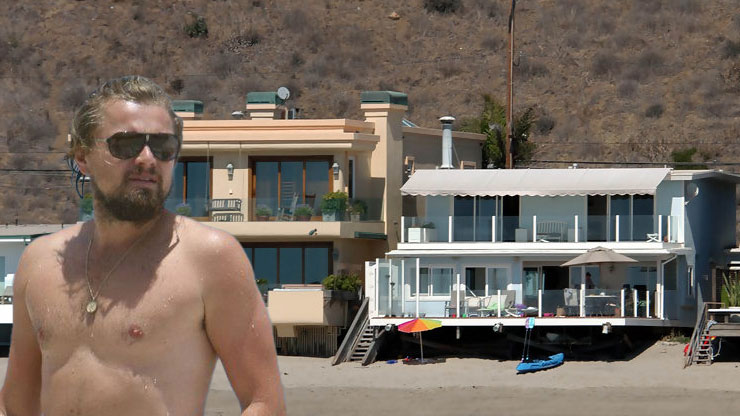 Oscar-winning actor Leonardo (did you know his middle name is Wilhelm?) DiCaprio is shifting some real estate around, this time selling off his beachside home in Malibu.

Even better news — the final price tag is enough to make even the wealthiest A-lister pretty happy.  Lucky Leo sold his pad for $10.3 million, $300,000 more than he was originally asking. Not bad for a property first purchased for just $1.6 million in 1998, the year after DiCaprio scored big with his megahit Titanic.

As for the house itself, the specs seem rather modest, with total square footage hovering right around the 1,700-square-foot mark and just 3 bedrooms and 2 bathrooms available for the What’s Eating Gilbert Grape thespian and his pals. Built in 1950, the property took advantage of the impressive oceanfront view by incorporating floor-to-ceiling windows that gave each room tons of natural light.

For fans afraid this means DiCaprio is pulling up stakes and leaving California for good, fear not. This wasn’t even his main abode — DiCaprio had been renting out the property for an impressive $25k per month. The LA-born star still has plenty of real estate in Malibu too, including another house he purchased earlier this year for just under $14 million and a vacant lot he bought for an eye watering $23 million.

He also listed another property this year, this one a Tudor-style house in the Los Feliz Oaks neighborhood that the noted environmentalist bought from fellow eco-friendly celeb Moby in April 2018. Records show DiCaprio snagged the home for just over $4.9 million and listed it this past summer for $5.75 million.

Los Feliz Oaks is a major departure from the Malibu scene, with the enormous 4,644-square-foot mansion surrounded by trees and greenery rather than sand and waves. The listing, held by Brett Lawyer of Hilton & Hyland, described the home as existing in “a forest-like setting with large specimen trees creating a magical, tranquil environment.”

While the structure dates back to 1926, Moby completed a number of key renovations including an updated kitchen, media room, double master suites, and neutral color scheme to complement the original architectural details kept firmly in place.DiCaprio, who has been acting since he was a child, is staying busy with multiple projects in pre- and post-production. His film Don’t Look Up hits theaters soon. Killers of the Flower Moon, another partnership with famed director Martin Scorsese, wrapped filming in October 2021.

Recommended by
Remember Honey Boo Boo Wait Until You See Her Now
21 Pics That Prove Country Girls Rule
They Were Famous In The '90s- Where Are They Now?
ADVERTISEMENT