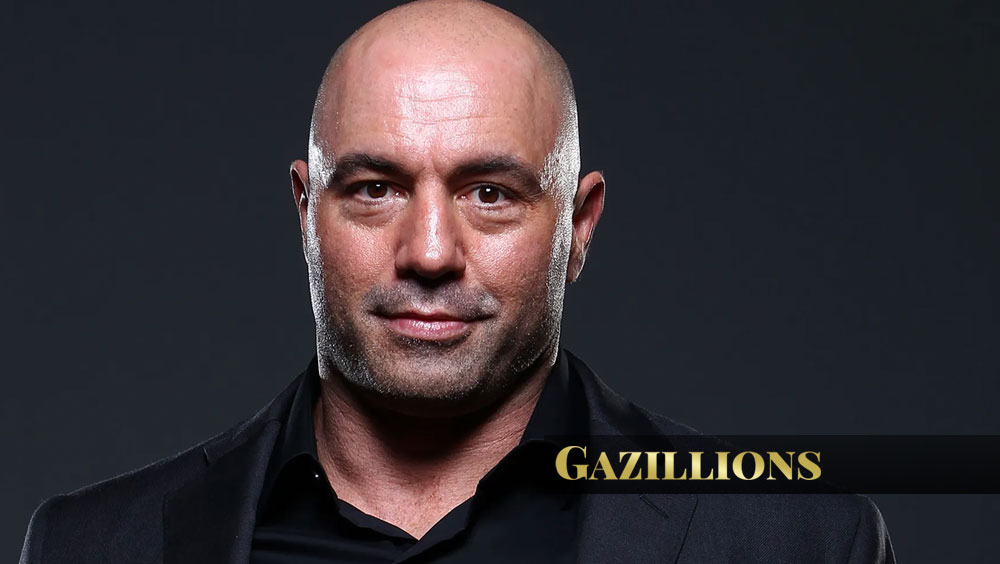 Once a hardworking stand-up comedian, mid-level sitcom actor, and reality show host, Joe Rogan has now grown into a somewhat controversial figure known for stirring the pot on everything from politics to vaccines. His views make the news, but how much money does all that attention make for Joe himself?

Experts estimate Rogan has a jaw-dropping net worth of around $100 million.

Here’s how he did it.

Rogan was born in Newark, New Jersey. He was just five years old when his parents divorced, and he stopped speaking to his father -- who Rogan claims was abusive -- when he was seven.

To build his confidence, Rogan turned to martial arts, eventually winning the U.S. Open Championship tournament for taekwondo. Rogan was also enormously funny, and his friends encouraged him to make a go as a stand-up comedian. Joe’s first performance was at an open-mic night at Stitches, a famous comedy club in Boston.

He moved to New York City in 1990 to pursue comedy full time. In between stand-up gigs, Rogan made money as a martial arts teacher, limousine driver, construction worker, assistant to a private investigator, and a newspaper delivery man.

Rogan’s first national television appearance was on MTV’s Half-Hour Comedy Hour. It went so well, the network offered Rogan a three-year contract. Rogan turned down the offer but did relocate to LA, where he scored a development deal with Disney. Roles on Hardball, a sitcom about a professional baseball team, and NewsRadio came next.

After NewsRadio, Rogan moved to NBC to host the freak-out series Fear Factor. He also made appearances on other TV shows and had a major part in the movie Zookeeper. Along the way, Rogan nabbed another job as a backstage and post-fight interviewer for the Ultimate Fighting Championship. At first, Rogan worked for free, but after 15 shows Rogan agreed to take payment estimated at about $5,000 for a basic fight and $50,000 for each major UFC event.

Rogan first launched his podcast in December 2009 as a free weekly freeform show co-starring fellow comedian Brian Redban. Just 8 months later, the podcast broke the top 100 on iTunes and was renamed The Joe Rogan Experience. In 2011, the podcast moved to SiriusXM and also shifted formats to include guests. The switch was a hit, and by October 2015 Rogan’s podcasts were averaging around 16 million downloads each month.

Insiders estimate Rogan was pulling in about $5 million per year under his Spotify deal, but he would get four times that when he signed a new contract with Spotify in May 2020. His current $20 million annual income includes his podcast salary as well as sponsorship deals and commission made off podcast replays on YouTube.

Add to all that the royalties from Rogan’s four books and has yet to reap the full financial rewards of his Spotify deal and it’s clear this former limo driver will be raking in the cash for years to come.