ADVERTISEMENT
It Finally Happened: Britney Spears Is Officially Free From Her Conservatorship 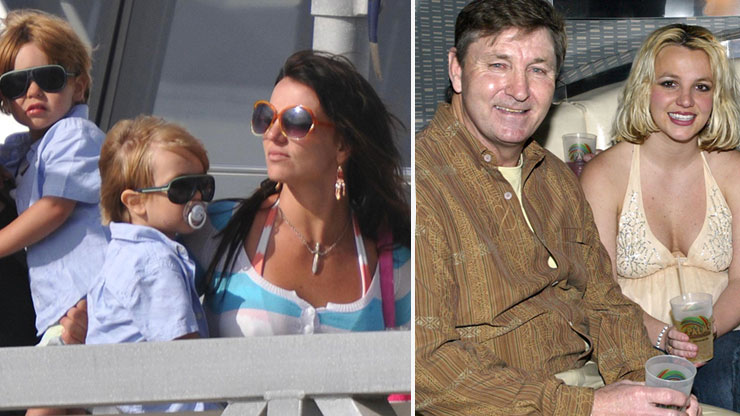 After 13 years under a conservatorship that controlled every aspect of her life, including personal decisions and access to her finances, Britney Spears is finally free.

Last Friday, Los Angeles Superior Court Judge Brenda Penny ruled that the conservatorship “is no longer required,” returning responsibility and decision-making power over Britney’s person and her estate to Britney herself.

Though Britney, 39, didn’t make an appearance or dial into the short 31-minute hearing, she spoke up during a hearing back in June to request the judge put an end to the conservatorship. Britney also asked for a new lawyer and was permitted to hire attorney Mathew Rosengart, a former federal prosecutor and trial attorney for the U.S. Department of Justice who has gone to bat for the embattled pop star since joining her team.

ADVERTISEMENT
“
The arrangement seemed to fly under the radar at first

Britney’s father, Jamie Spears, took legal control over his daughter’s person and career following a rough patch in 2008 that saw the singer shave her head, attack a paparazzo’s car with an umbrella, and ultimately end up in a psychiatric hospital under a 5150 hold that mandates patients for a formal mental health evaluation.

While the arrangement seemed to fly under the radar at first, in recent years Britney’s fans began speculating on social media as to whether their beloved idol was being forced to perform against her will. While under the conservatorship, the eight-time Billboard award winner managed to eke out a staggering 248 shows as part of her Las Vegas “Pieces Of Me” residency at Planet Hollywood.

ADVERTISEMENT
“
Attack a paparazzo’s car with an umbrella

Despite the hefty work schedule, Britney claims she was not allowed to drive her own car, make decisions about how to spend her money — even reportedly being denied the choice to use some of her estimated $60 million fortune to purchase a pair of sneakers — or get married to her long-time boyfriend, Sam Asghari. (The couple are now engaged.)

Speaking out following the judge’s decision on Friday, Rosengart explained his client’s mindset and plans for the future. “What’s next for Britney, and this is the first time this could be said for about a decade, is up to one person: Britney.”

“I will say that Britney has been put into a position through our collaboration and the work of our law firm to succeed…,” continued Rosengart. “As for today, Britney is a free woman, she’s an independent woman.”

ADVERTISEMENT
“
Good God I love my fans so much it’s crazy… I think I’m gonna cry the rest of the day !!!

Britney took to Instagram with a joyous post of her own. “Good God I love my fans so much it’s crazy… I think I’m gonna cry the rest of the day !!! Best day ever… praise the Lord … can I get an Amen??? #FreedBritney” [sic]

Though the end of the conservatorship is a major step, many questions remain. Rosengart has subpoenaed Britney’s long-time business manager, claiming those in control for the last decade “have much to hide.”