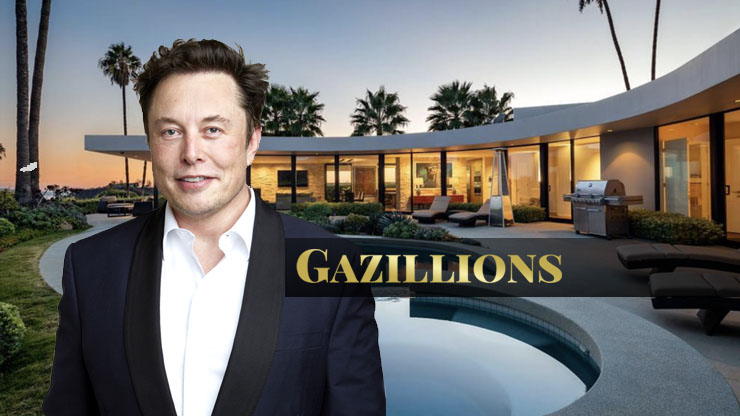 How Much Is Elon Musk Worth

As the CEO of Tesla as well as SpaceX, Elon Musk is not only famous, but incredibly wealthy. His time with Zip2 and PayPal certainly helped him get started in the ultra-wealthy club. But owning stock in one of the most successful car companies in the world has pushed him into the billionaires' club.

“
"I could either watch it happen or be part of it." - Elon Musk

What Is Elon Musk's Net Worth?

The American/Canadian/South African is worth around $31.8 billion. Musk is an engineer, industrial designer, and entrepreneur focused on technology. While he technically earns a salary as Tesla's CEO, he hasn't collected it in years. And he is only making the minimum wage in California for his position (which was about $50,000 in 2019).

How Does Elon Musk Earn His Money?

The majority of his income comes from owning 22% of Tesla's publicly traded stock. Depending on how the market is doing, he can make a lot or a little money each week. One week he reportedly made nearly $2 billion.

“
"Work like hell. I mean you just have to put in 80 to 100 hour weeks every week. This improves the odds of success." - Elon Musk

Musk owns over a half a dozen properties in California. One is his estate near Tesla headquarters in Northern California. The house on the property is over 100 years old and includes a ballroom, pavilion, and staff wing.

“
"No, I don’t ever give up. I’d have to be dead or completely incapacitated." - Elon Musk

His other houses are located in Los Angeles, and include a Colonial style, a six bedroom made up of geometric shapes, a four bedroom property, a six bedroom home with eight bathrooms, a Ranch house formerly owned by Gene Wilder, and a Colonial mansion with five garages, a tennis court, and a pool.

Musk has a long history with flashy vehicles. Some he still owns, and some have been lost to crashes and more over the years. His collection has included a 1967 E-Type Jaguar, a McLaren F1, the Lotus Espirit submarine car from the James Bond franchise, a Hamann BMW M5, and a Ford Model T.

He has also driven many Tesla models, including the Roadster, Model S, and Model X, and a Cyber Truck.

Musk is notorious for saying he doesn't take vacations. In fact, in his biography he's quoted as saying "vacations will kill you". He is a workaholic and is known for not only working long weeks, but sleeping in his office on a regular basis.

“
"The idea of lying on a beach as my main thing just sounds like the worst. I like high intensity." - Elon Musk
Top 10 Richest Entrepreneurs