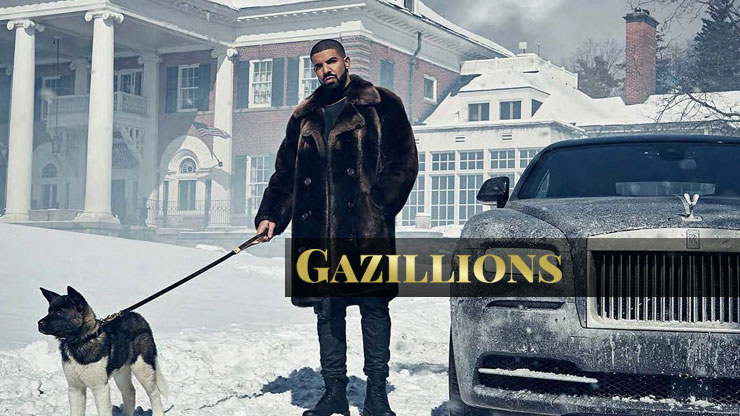 How does a superstar go from faking it to making it? Just ask Drake.

The Canadian rapper just posted a new pic to his Instagram, this time showing off a Richard Mille watch that retails for millions. It’s not the first purchase he’s made from the luxury brand either. The hitmaker also gifted pricey watches to his buddies Young Thug and Future earlier this year, and insiders believe he might also be behind the Richard Mille design Lil Turk was showing off after his 29th birthday party.

Drake, or Champagne Papi as he’s sometimes known, celebrated his own 35th birthday on October 24 and the timepiece looks to be his gift to himself. The stunning piece, worth a reported $2.2 million, features a stunning see-through design that shows off the intricate cable-suspension system. Only 10 of these watches were made.

It’s yet another example of how far the former Degrassi star has come. While the Grammy award winner is now worth an estimated $200 million, he once resorted to renting high-end cars to convince onlookers he had more success than he actually had.

ADVERTISEMENT
“
“I used to scrape together 5k a month somehow to keep up appearances.” - Drake

“Back in 2007 we used to finesse this Rolls Royce Phantom rental to convince people in the city we were destined to make it,” Drizzy explained in a recent Instagram post. “I used to scrape together 5k a month somehow to keep up appearances.”

Drake went on to say that he didn’t recommend going into debt just to enjoy a nice ride, but that he realizes now the Rolls Royce move was just an example of “extreme manifesting.”

ADVERTISEMENT
“
“I needed to see it and feel it and have it to believe that I could see and feel and have anything I wanted.” - Drake

Looks like it worked. Some 14 years later, the Certified Lover Boy chart topper’s BFF sf business partner Future the Prince tracked down the exact car Drake used to rent and bought it as a birthday surprise. As Drake himself said, “Manifestation complete.”

It’s just another in a long line of wins for the multi-talented artist. The record-breaking musician, who is ranked as the highest-certified digital singles artist in the U.S., also recently upgraded his living arrangements, snagging a mansion in the exclusive Trousdale Estates neighborhood in Beverly Hills for an eye-watering $65 million.

The house, which was just built this year, comes with all the bells and whistles the “Hot Line Bling” performer could want, including an imported olive tree, 20-foot stone waterfall, movie theater, Olympic-sized infinite pool, bespoke Minotti furniture, a custom moat, and 18,000 square feet of living space.

No word on the size of the garage, but it’s probably safe to say Drake could fit an entire fleet of rental cars in there if he wanted to.