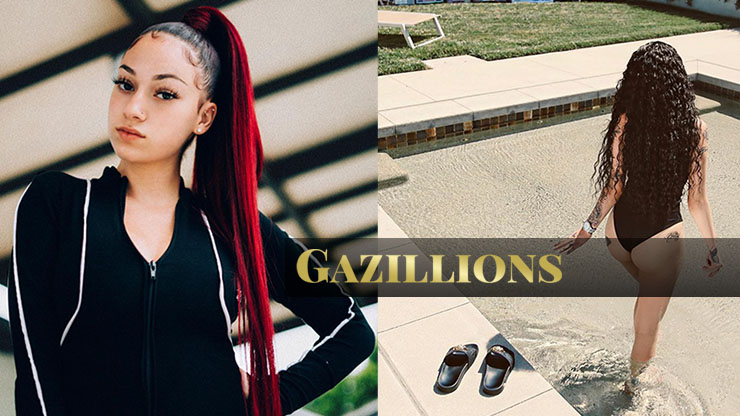 Danielle Bregoli, known professionally as Bhad Bhabie, is an American rapper and social media star from Florida. The famous superstar has gained a tremendous following, linked to her 2016 appearance on the TV show, Dr. Phil. Her line from that appearance, "cash me outside, how 'bout dah?" caught the world by storm and subsequently went viral.

Bhad Bhabie was born on March 26, 2003 in Boynton Beach, Florida to Barbara Ann Bregoli and Ira Peskowitz. Her parents were in a relationship for a year when her mother got pregnant, but their union ended shortly after she was born. After the breakup, her mother took all parental responsibility and raised Bhad Bhabie. She was raised Catholic and is estranged from her father.

Bhad Bhabie's fame began when she appeared on Dr. Phil's TV show in 2016. Her now-famous line, "cash me outside, how 'bout dah?" led to her tremendous social media success. The phrase went viral, making her a meme and internet sensation. She is now a musician, and her first hit single, "These Heaux," released in 2017, was featured in the Billboard Hot 100. Later that year, she signed a multi-album recording contract with Atlantic Records. Eventually, she released back-to-back singles titled "Hi Bich," "Whachu Know," "I Got It," and many more. Currently, she is concentrating on developing her brand.

According to various internet sources, Bhad Bhabi's net worth is estimated to be $4 million. In 2017, the then-teenager settled her mother's debt. She has capitalized on every opportunity and used them to her advantage. She has millions of followers and subscribers across Instagram, Twitter, and YouTube. From social media alone, Bhad Bhadi is estimated to rake in $300,000 monthly from ads and $100,000 per post. She also owns a mansion in Calabasas, California.

The sensational musician revealed in a song that she is interested in both men and women, and has previously lived with a former girlfriend. Away from her personal life, Bhad Bhadi has made a name for herself in the music industry. In 2019, she entered into a $1 million publishing deal with Pulse Music Group.