The Truth About Bill Gates' Net Worth And Lavish Lifestyle 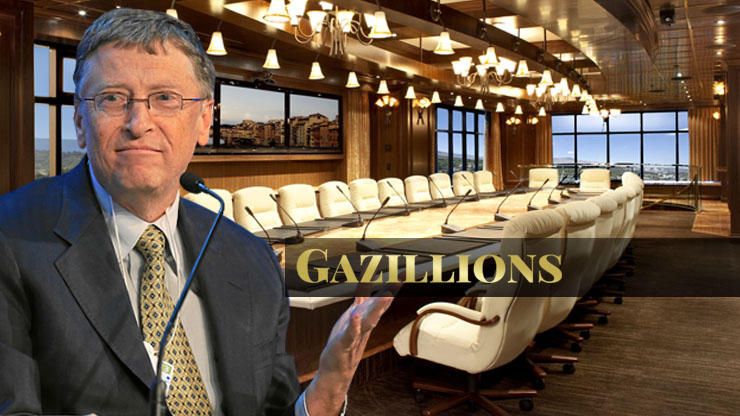 How Much Is Bill Gates Worth

Bill Gates needs no introduction. The co-founder of Microsoft and philanthropist is one of the richest men in the world. In January 2020, he stepped down from the boards of Microsoft and Berkshire Hathaway to spend more time with charities and improving health, education, and fighting climate change around the world.

What Is Bill Gates's Net Worth?

According to Forbes, as of March 2020, Bill Gates is the second richest person in the world, following Jeff Bezos and has a net worth of $99.9 billion. Although he earned most of his wealth from his well-known co-creation, the Windows operating system, he's sold and given away most of his stock in the company. Business Insider reports Gates' remaining 1% of the stock is worth $7 billion.

How Does Bill Gates Earn His Money?

Mr. Gates began the company with a friend in 1975, after taking a leave of absence from Harvard. In his memoirs, he said he personally reviewed and rewrote each line of code Microsoft produced during the first five years. From 1975 to 2006, Bill Gates ran the day-to-day operations of Microsoft. He stepped down on June 15, 2006 and transitioned the rest of his time to his philanthropy ventures.

Beginning in 1988, Bill Gates took seven years and $63 million building his estate in Medina, Washington. The home, named Xanadu 2.0, covers 66,000 square feet and worth over $127 million. It has seven bedrooms and 18.75 bathrooms.

Of course, it's fully loaded with tech and is 100% eco-friendly. The technology includes $80,000 worth of computer screens connected to a hard drive that stores $150,000 worth of various paintings and photographs to change the wall "art."

Like many billionaires, Mr. Gates loves his vehicles. His extensive car collection includes a Porsche 911 Carrera 2, Porsche 959 Coupe, Porsche 930 Turbo, and a Jaguar XJ6. He also has a Ferrari 348 and owns one sensible everyday driving vehicle, a 2008 Ford Focus.

Bill Gates wasn't much of a vacation person, often telling interviewers he doesn't believe startup owners should take weekends off. Even though the billionaire's far from a startup, you still won't see him on many trips that don't include working. Most of his ventures, even in retirement from the day-to-day operations of Microsoft, involve his philanthropy work, which takes him and his wife, Melinda, all over the world.