ADVERTISEMENT
Benicio Del Toro Net Worth: How Much Is The Puerto Rico Actor Worth?
ADVERTISEMENT 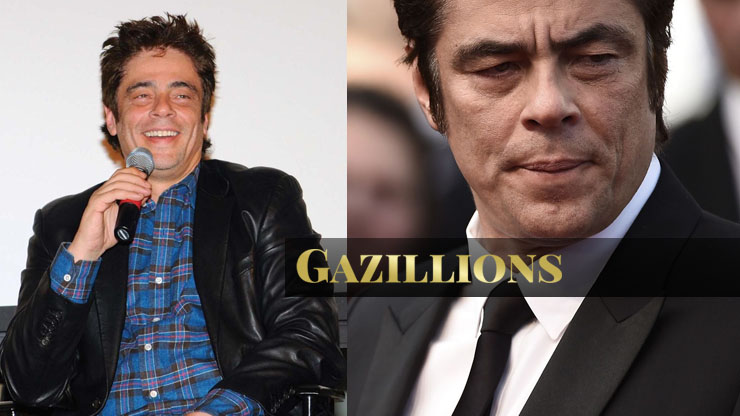 Born on February 19, 1967, Benicio Del Toro grew up in San German, Puerto Rico. He was the youngest of two brothers and was raised in a strong, Catholic family. His parents were both lawyers who valued education, as well as most of his extended family, who had backgrounds in either law or medicine. His early education was within the parochial school system. He attended the Academy of Our Lady of Perpetual Help in Miramar, where he received a great deal of his primary education.

Sadly, at the tender age of nine, Benicio Del Toro lost his mother to hepatitis, and it was afterwards that he moved with his father and his brother to the United States. They settled in Mercersburg, Pennsylvania, where Benicio enrolled at the Mercersburg Academy and went to high school there. He finally graduated from there and went to study business at the University of California at San Diego at his father's insistence.

A Change of Heart

At the University of California, Benicio discovered his interest in acting and the arts. Thanks to the pursuit of an elective in theater, Benicio began to further study the field of acting under the tutelage of professionals such as Stella Adler and Arthur Mendoza.

Benicio Del Toro transferred his studies to New York City and attended the Circle in the Square Theater School to practice his newly discovered talent. Drawing on his strong educational background, he improved himself to the point where he began to accept small supporting roles in the mid-to-late 1980s. His greatest breaks came when he started playing minor roles on Miami Vice and Drug Wars.

Benicio Del Torro went on to accept other supporting roles in the James Bond thriller License to Kill, where he gained a reputation as being the youngest Bond henchman ever to play the role. Thanks to such a fine accolade, he was able to achieve further acclaim through other roles in other movies such as The Funeral and the low-budget feature The Fan. He went on to star alongside Alicia Silverstone in the 1997 blockbuster Excess Baggage.

After his initial successes, he went on to portray other notable characters, among them being his famous role in 2000's Traffic, where he played the famous border patrolman Javier Rodriguez. This role earned him an Academy Award for Best Supporting Actor the following year.

Del Toro met Kristin Stewart, daughter of the famed pop icon Rod Stewart. They dated for a while then announced the birth of a daughter, Delilah, in 2011. However, to this date, there appears to be no future plans for marriage.

Benicio Del Torro: His Net Worth and Success

Thanks to his ability to play the best in supporting roles, Benicio Del Toro has enjoyed great success for much of his career. To date, his total net worth is around $45 million. Yet he continues to sparkle among his peers, having taken a recent interest in environmental issues such as global warming. Yet his fine dedication to the field of acting has earned him the distinction of an honorary degree in cinema from the Interamerican University in Puerto Rico.