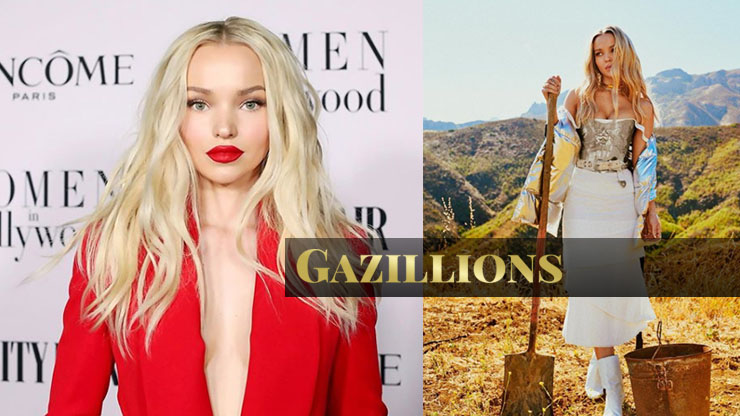 Chloe Celeste Hosterman AKA Dove Cameron is an American actor born in Seattle, Washington. Cameron is known for her roles in the Disney TV sitcom Liv and Maddie, and the movie trilogy The Descendants.

After a prior engagement with her ex, Ryan McCarten, the 24 year old is now dating wickedly-hot Scottish singer and actor, Thomas Doherty.

Success in the Face of Tragedy

The Emmy-award-winning actor who has 37 million followers on Instagram had a less-than-ideal childhood.

In an interview with Evening Standard, the star told the publication that her best friend was murdered by her own father, who then killed himself 7 years later.

Cameron's net worth is suspected to be around $3 million dollars as of 2020.

Some of her earnings come outside of acting, and she is also a singer, voice-over artist and producer.

Dove is definitely a celebrity that uses her platform for good. She is a vocal advocate for many causes, such as mental health, Black Lives Matter and gun violence.

What does she do with her cash? Aside from a house purchase with her beau, Thomas Doherty, the actor and singer also spends her money on tattoos.