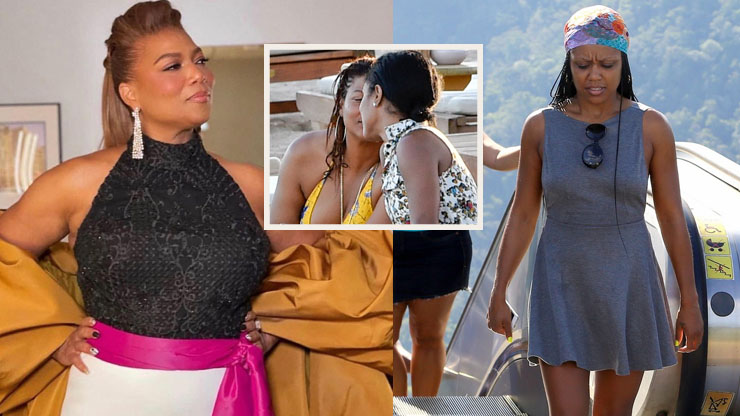 Who Is Queen Latifah?

Queen Latifah is one of the most famous American singer-songwriters of recent decades. After all, her career has lasted three decades and counting, which is much more than what most musicians can expect. Moreover, Queen Latifah has been celebrated throughout this time, as shown by her more than two million record sales plus her numerous awards and other accolades.

Perhaps unsurprisingly, there is a lot of interest in Queen Latifah's personal life. This is particularly true because she has been less than enthused about sharing such things with the public. Something that has resulted in an enormous amount of speculation.

On June 27 of 2021, Queen Latifah's personal life showed up in the spotlight once more. This is because while she was accepting the Lifetime Achievement Award at the BET Awards 2021, she acknowledged her partner Eboni Nichols as well as their son Rebel. The relationship had been known beforehand because it is either impossible or next-to-impossible for such things to remain 100 percent secret with so much interest in celebrity news. However, the incident was nonetheless notable because it was the first time that Queen Latifah has publicly acknowledged the relationship.

Who Is Queen Latifah's Partner?

There is a fair amount of information out there about Eboni Nichols. For starters, she graduated from Chapman University with a bachelor's degree in Theatre and Dance. After which, Nichols embarked on a successful career in her chosen field of study. For example, she spent some time as a cheerleader for the L.A. Lakers. Similarly, she has danced with everyone from Beyonce to Jennifer Lopez. Since then, Nichols has made a smooth transition to being a choreographer who has worked on projects such as Jumanji: Welcome to the Jungle and Jane the Virgin.

Much is unclear about the timeline for Queen Latifah and Nichols's relationship. However, the speculation is that the two met in 2009 on Dancing with the Stars before they started dating in 2013. Furthermore, there were rumors that the two were engaged in 2017, though for obvious reasons, it isn't known whether the rumors were true or not. Regardless, the existence of the couple's son was known before the acknowledgement because Nichols was seen pregnant in Beverly Hills in October of 2018. Something that was then followed by the report of a baby having been born in 2019.