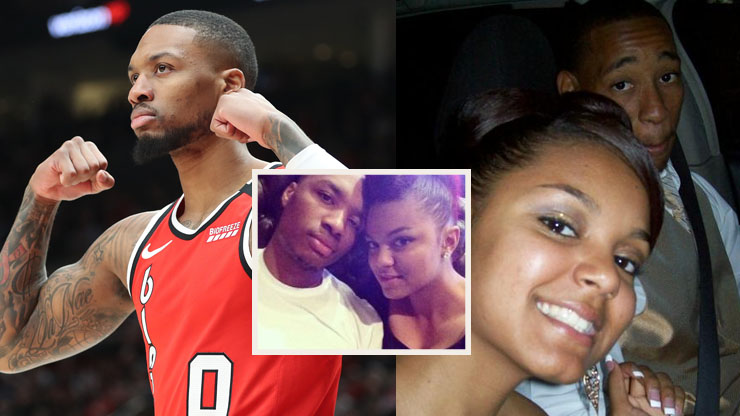 Damian Lillard is one of the breakout stars of the Portland Trail Blazers, and after signing a $196 million extension deal has reason to celebrate. However, Lillard is instead celebrating his engagement to his long-time fiance Kay' La Hanson. Hanson has been there for him both before and after his career took off and the pair are finally ready to celebrate their union.

Who is Kay' La Hanson?

So who is Damian Lillard's girlfriend? Her social media accounts show that she is originally from Las Vegas and was born in 1991. The two met at Weber State University in Utah where he played for the college basketball team. She was more than just a fan, as she was concentrated on her vigorous pre-med program.

While she was Damian Lillard's college sweetheart, she wasn't ready to follow him just anywhere yet. Instead, Kay' La Hanson stayed in Salt Lake and studied nursing at Nightingale College. However, eventually, the duo must have realized that they couldn't stay apart and she moved to Oregon.

After moving to Oregon Kay' La knew she had to find a way to stay busy, but that didn't include her old path in medicine. Instead, she chose to follow her heart and open a beauty nail salon. Today Kay' La keeps busy running the salon in Lake Oswego and getting to know her customers.

Kay' La and Damian Have a Son

Kay' La is more than just Damian's girlfriend, she is also the mother of his first child. In 2018 the pair had a son whom they named Damian Jr. It took 20 hours of labor for Kay' La to meet her child, but the two were immediately smitten with Damian describing his son for the first time as "one of the highest moments of his life" and Kay' La writing on an Instagram post that she felt "blessed and fulfilled."

Right before the country shut down, Damian and Kay' LA were out celebrating for All-Star weekend and Damian decided to pop the big question at a private party that included all of their close family and friends. She proudly said yes, although with the global pandemic occurring shortly thereafter the two have not announced what their wedding plans look like.

Getting Ready for the Newest Challenge

In the meantime, Kay La' and Damian will have plenty to keep them busy, as they just announced in August of this year that they are expecting twins.