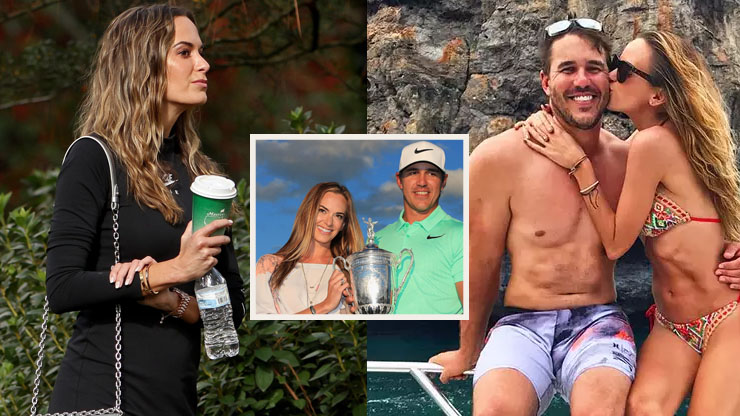 Brooks Koepka is a three-time major champion and PGA tour golfer known for his sense of humor. No one appreciates his humor better than Brooks Koepka's long-time girlfriend Jena Sims. While he takes his game incredibly seriously and is attempting to recover from a knee injury, he can at least relax at home with his model and actress girlfriend. So who is Brooks Koepka's girlfriend? Let's take a closer look at Jena Sims.

Jena Has Had Roles in Several Hollywood Spoof Films

Jena has a good sense of humor given her many roles in Hollywood spoof films. She has had roles in Attack of the 50 Foot Cheerleader, Last Vegas, andSharknado 5. However, she also has some serious acting chops and has appeared in several TV shows including Entourage, Dexter, andOne Tree Hill.

Jena and Brooks Koepka Met at the Masters

The celebrity couple first met in 2015 at the Augusta National Golf Club, however, they did not start dating until two years later. It was 2017 when their relationship went public thanks to the commentator accidentally identifying her as Brooks Koepka's ex-girlfriend. Jena took the mistake lightly, updating her Wikipedia page to identify her as the "new girlfriend." At any rate, the slight slip of tongue actually earned the pair quite a bit of free publicity so the only person it probably irked was the old girlfriend.

When she was younger, Jena was very involved in the world of pageantry. In 2007 she was named 2007 Miss Georgia Teen USA and went on to compete in the Miss Teen USA Pageant but did not rank. While she gave up the idea of modeling for acting, she still feels the draw of the pageantry world and runs her own non-profit, Pageant of Hope. The organization works with children and teens with major issues in their life cut loose and have some fun in their own pageants. Each teen is treated to a full day of pampering followed by the chance to walk across a stage in front of family and friends.

Jena never misses a chance to post on Instagram where she has over 200k followers. Fans of Koepka can find pictures of Jena on the greens with her man and plenty of other photos of the duo. Brooks Koepka doesn't seem to mind the extra press as he is smiling in most of them. The two even used Jena's Instagram account to recreate Bachelor in Paradise during one of their vacations to the tropics.