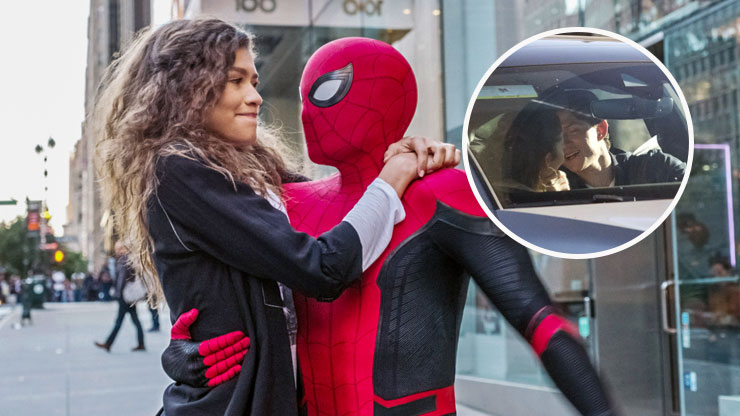 If you’ve ever looked at co-stars Tom Holland and Zendaya and felt your spidey sense tingling, there’s a reason for that. The duo has finally come out as a real-life couple, and fans are going wild over the adorable pairing.

The two young actors, both 25, have been hitting the talk show circuit as part of the promotional push for their new movie, Spider-Man: No Way Home. It’s the first time the loved-up stars have gone public with their romance, though social media users have speculated for some time over whether the twosome’s chemistry was manufactured or if there was a genuine spark.

Way back in 2017, sources told PEOPLE that there was romance afoot, and in early 2021 Page Six published photos of the lovebirds kissing in a car.

Just this past Tuesday, paparazzi caught Holland and Zendaya on a dinner date in NYC, though Holland’s affection for his stunning significant other was obvious in interviews the Spider-Man cast did for the Associated Press in London.

When a reporter asked Holland about his girlfriend, he referenced her red carpet appearance, saying, “There she is, looking beautiful, might I add — as ever. [She’s] very wise, she’s like an owl. She’s like a wise owl.”

Hilarious animal comparisons aside, it’s easy to see the admiration the BRIT School for Performing Arts and Technology has for his partner, and it seems the affection goes both ways. Zendaya, who has been in the spotlight since childhood thanks to work as a child model and backup dancer as well as a role on the Disney Channel show Shake It Up, helped Holland cope with the sudden fame that came with joining the Marvel Universe.

Discussing how the couple supports each other while navigating the ups and downs of Hollywood, Zendaya told reporters, “I think one is just by supporting, you know, just being there. I think sometimes you just have to be a person to vent to, someone to just be there and listen.”

Explaining the difference between her journey to celebrity and Holland’s, Zendaya said, “I was lucky enough to where my life didn’t change overnight. I started when I was young so it was kind of like a slow progression so I kind of got to learn it as I went and figure it out and get my footing a little bit whereas for him, it was so much all at once because when you’re Spider-Man, that’s kind of how it works… I have an extreme amount of empathy for that.”

Despite the increasingly public way in which the young couple is showcasing their relationship, they’re notorious for trying to keep their private life private. “One of the downsides of our fame is that privacy isn’t really in our control anymore,” Holland said, “and the moment you think is between two people that love each other very much is now a moment that is shared with the entire world.”Spider-Man: No Way Home hits theaters on Friday, December 17.

Recommended by
These Tattoos Show A Bit Too Much
Caitlyn Jenner No Make-Up Photos Confirm The Rumors
At 42, Rachel McAdams Will Make You Gasp
ADVERTISEMENT