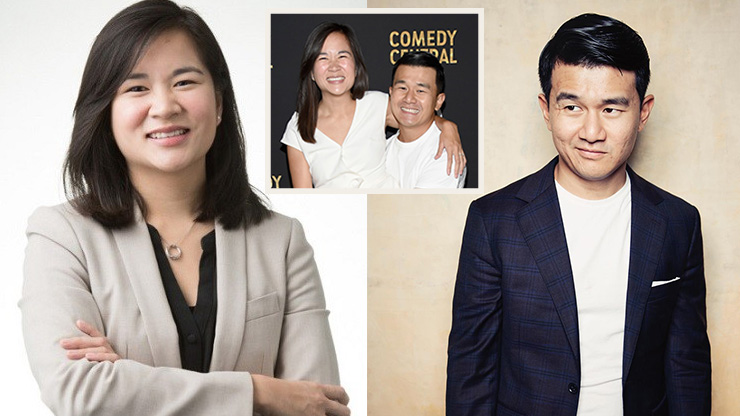 Malaysian comedian Ronny Chieng has been cracking us up for years all over the world, from Malaysia to Australia to the U.S. But his better half, as Ronny likes to joke, is quite literally the better half. So, who is this Vietnamese-Australian beauty who won Ronny’s heart?

Meet The One And Only Hannah Pham

Raised in Melbourne, Australia, Hannah was raised in a home full of culture and great food. She would also attend college in Melbourne, where she would meet her future husband.

Hannah not only went to a prestigious grammar school in Australia, but she also achieved her law degree from the University of Melbourne. When she moved to NYC with Ronny, Hannah then went on to get a Master’s degree from NYU.

The vibrant couple have been in New York City since early 2015, right before they tied the knot, and they love the city and America at large so much, that they constantly make jokes at their own expense of how “American-ized” they’ve become.

Hannah has said that when she came to America, she really missed her mom’s cooking. So, she decided to start her own YouTube channel showcasing recipes and cooking her favorite meals from her childhood. She brings in 6 figures of just YouTube channel salary per year!

The Pair Got Married Three Times

In 2016, Ronny and Hannah were married in Australia surrounded by all their family and friends. Then, they jetted off to Malaysia to have a ceremony with more family. And for the third-time’s-a-charm ceremony, Hannah and Ronny married in New York for green card purposes.