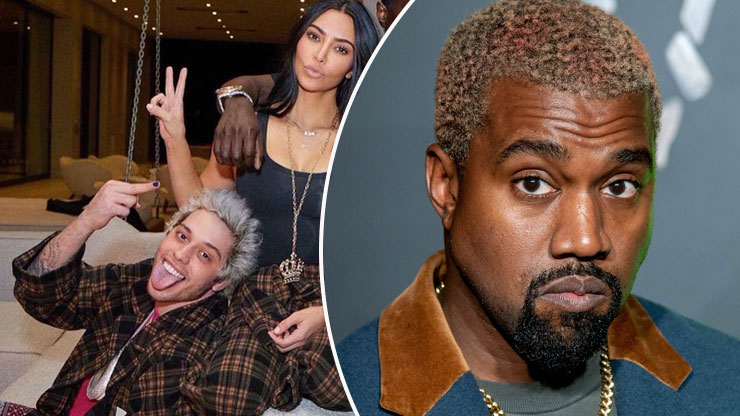 Hold onto your hats, folks, because it looks like the gossip is true: Kim Kardashian and Pete Davidson really are an item!

After weeks of speculation, some chemistry-filled kisses on Kim’s October 9 episode of Saturday Night Live, and a few cozy-looking public appearances, sources confirm that the unlikely duo is indeed a fully-fledged couple.

A source who is reportedly tight with the Kardashian clan told E! News that Pete, a comedian who stars on SNL, and the recently separated reality star are “really happy and seeing where it goes.”

Not only are Kete/Pim dating, they are apparently already exclusive. The source spilled all the important details, saying, “Pete has told [Kim] he doesn’t want to see anyone else. She is telling some people they aren’t super serious, but she isn’t seeing anyone else… She’s trying to not make a big deal about it but is super into him.”

The King of Staten Island  writer and star and his sultry sweetheart having been giving paparazzi and gossip hounds lots to talk about lately. They’ve been spotted having dinner, riding a rollercoaster at a California theme park, and most recently walking around hand in hand in Palm Springs where they were celebrating the funnyman’s birthday with a get-together at Kim’s mama Kris Jenner’s desert pad.

ADVERTISEMENT
“
When party guest Flavor Flav shared a snap of himself posing with Davidson, Kardashian, and Jenner

They even showed up on social media when party guest Flavor Flav shared a snap of himself posing with Davidson, Kardashian, and Jenner, all three of whom were rocking plaid pajamas from Kim’s SKIMS line. The Public Enemy hype man even gave Davidson one of his iconic clock necklaces as a birthday gift.

It's a bit of a surprise move for the 41-year-old mother-of-four, who is still hashing out her divorce from rapper Kanye West. The newly named Ye has made it clear he’s not happy about the split. During a recent interview with the hosts of Revolt TV’s Drink Champs, Ye referred to his former partner as “My wife — ‘cause she’s still my wife — ain’t no paperwork.”

He later doubled down on his commitment, trashing Kim’s monologue on SNL, in which she declared she was the one to initiate the divorce, adding, “That ain’t no joke to me. My kids want their parents to stay together. I want us to be together.”

Still, court documents prove the divorce is in motion, with the Donda chart-topper even responding to Kim’s filing with a request for joint legal and physical custody of their children, North, Chicago, Psalm, and Saint.

Only time will tell whether the couple is in it for the long-haul, with distance between the LA-based Kardashian and New York-native Davidson already a potential issue.

Recommended by
These Tattoos Show A Bit Too Much
Jennifer Love Hewitt Turns 42. This Is Her Now.
At 42, Rachel McAdams Will Make You Gasp
ADVERTISEMENT