ADVERTISEMENT
Olivia Wilde opens up about her relationship with Harry Styles 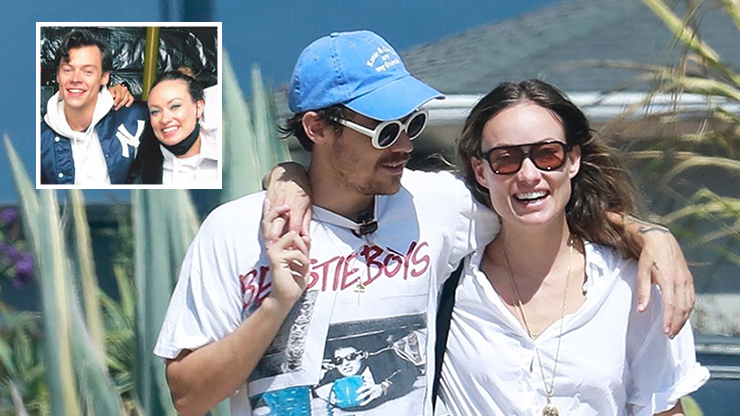 Everyone was talking when Olivia Wilde hooked up with former boybander Harry Styles in January 2021 — everyone but Wilde herself, that is.

The ex-House cast member has been largely mum on her relationship with her much-younger beau, but the actress and respected filmmaker recently sat down with Vogue to talk about the chatter surrounding her May-December romance and how she avoids letting the haters bring her down.

“It’s obviously really tempting to correct a false narrative,” Explained Wilde, 37, when asked about public commentary on her and Styles, 27. “But I think what you realize is that when you’re really happy, it doesn’t matter what strangers think about you. All that matters to you is what’s real, and what you love, and who you love.”

Until now, any info on the loved-up duo has come from unnamed sources, one of whom told Entertainment Tonight in July that the hook-up was anything but casual. “It’s so obvious that this was not a rebound or a short fling,” said the insider. “They care so much about each other and have a deep connection.”

The adorable duo reportedly got together after Styles was cast in Wilde’s latest directorial effort, a thriller called Don’t Worry Darling. Another source told Us that the couple went to great lengths to maintain their privacy. “Olivia and Harry were able to keep their relationship under wraps for a bit before it became public knowledge. They were very careful about it and even sleuth at times, although the small group of people who were on set with them every day eventually figured it out.”

Wilde was previously in a long-term relationship with former SNL cast member and current Ted Lasso lead Jason Sudeikis. Though the couple ended their engagement in late 2020, they continue to co parent their two children, son Otis (7) and daughter Daisy (5).

Over the last year, Wilde and Styles have been spotted spending time together in London, where Styles is based and Sudeikis is filming his show, and Wilde was seen attending Styles’ concert in San Diego accompanied by her children and Styles’ mother, Anne. The mega-fans were seen applauding the Watermelon Sugar singer’s efforts from their prime seats on the arena floor, and Ann even danced while holding hands with Otis when Styles sang One Direction’s uber-hit “What Makes You Beautiful.”

Wilde’s family seems equally supportive of the match up. Her parents, Andrew and Leslie Cockburn, and brother Charlie were all in attendance when Styles rocked out at Madison Square Gardens in NYC in early October.

Recommended by
90s 'It' Girls: Where Are They Now?
Remember Her? This Is Why She Is Not Acting Anymore
These Tattoos Show A Bit Too Much
ADVERTISEMENT