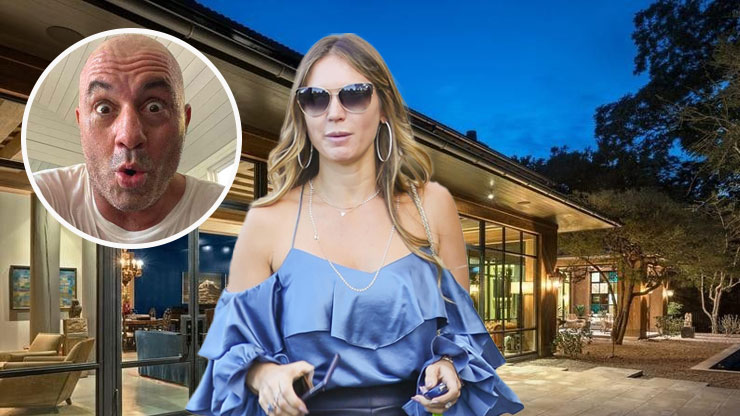 Most people know Joe Rogan as the outspoken former reality show emcee and UF color commentator and current podcast host, but the man who used to goad contestants into cuddling with snakes and eating live bugs is surprisingly quiet about his family life.

Learn all about Rogan’s 46-year-old wife, Jessica Ditzel, and what she did that changed her husband’s mind about marriage.

Rogan met Ditzel when she was working as a cocktail waitress, but that’s far from the only job she’s had. After getting her bachelor’s degree from California State University, Ditzel did some modeling (she was repped by M Model Management and appeared in a campaign for Wholesome, a Korean brand) and had various mid-level jobs at corporations like Robert Half Technology, Rent A Car, and Volo Motorsports.

2. She got Rogan, who’s notoriously anti-marriage, to settle down

When the Ditzel-Rogans got hitched in 2009, it was a surprise to many, as Rogan often speaks out about his distaste for the institution of marriage. Right before he got married, Rogan told the Palm Beach Post that he felt he had to marry his sweetheart because she was pregnant. “I had to. Not really had to, but you know, she made a baby. Like ‘God alright, I’ll sign a silly legal contract.’”

Thankfully for Ditzel, her husband’s views on marriage seem to be more about how unnecessary it is to formalize a relationship with legal papers rather than a fear of settling down. “What she did [having a baby] was way more of a commitment,” explained Rogan.

For the record, Rogan still warns others about the perils of marriage, telling a Rolling Stone interviewer in 2015, “Marriage is dumb.” He continued on by explaining that his own relationship worked because “[Jessica] lets me do whatever I do. That’s how we get along.”

Joe and Jessica are the proud parents of two children, 11-year-old Rosy and 13-year-old Lola.

The Rogan family has one more member: a dog named Marshall. While the Ditzel-Rogan kids are largely kept away from the spotlight, Marshall has his own Instagram account that’s full of adorable shots.

4. She often gets confused for one of the producers of The Simpsons

For some reason, Ditzel is frequently mistaken for Jessica Schimmel, a TV producer known for her work on The Simpsons. Schimmel is also the daughter of comedian Robert Schimmel.

While Joe Rogan seems to love courting controversy — his comments on the COVID-19 pandemic have riled up experts and even members of the U.S. government — his wife prefers to stay in the background. In fact, her Instagram bio once read, “Anonymity is underrated.”