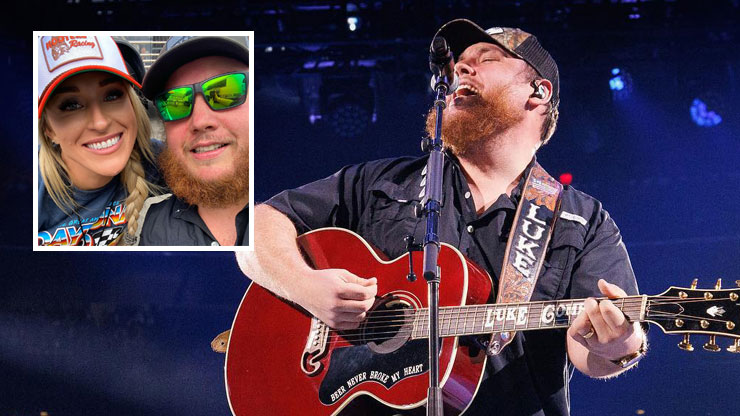 With an album entitled What You See Is What You Get to his name, it’s no surprise that country artist Luke Combs might make for a fairly straight-forward date, but it turns out the 31-year-old singer-songwriter’s down-home persona makes for a pretty wonderful partner.

Combs and his wife, Nicole Hocking, are known as one of country music’s most adorable couples. Here’s a look at how they got together and why their marriage is a modern-day fairytale.

Combs and Hocking first met at the Key West Songwriters Festival in May 2016 after mutual friends introduced them. At the time, Combs was aspiring to fame but still totally unsigned. As the North Carolina native tells it, “I didn’t have anything going on when we met. I didn’t have a record deal, or a publishing deal, anything.” Hocking already had a degree in civil engineering and a blossoming career.

Though meeting for the first time while on vacation could’ve been a disaster, it turned out that they both lived in Nashville, making it easy to continue their then-casual flirtation back home. Next came a dinner invitation (Nicole happily accepted), and by September the loved-up duo was officially together.

Getting Hitched in Hurricane Weather

Not even the threat of a natural disaster could keep Hocking and Combs from saying, “I do.” The couple was scheduled to walk down the aisle on August 1, 2020, when word came through that Hurricane Isaias was headed toward the Florida Coast.

The wedding went ahead as planned, and Combs would later use footage from the big day as part of the music video for his hit single “Forever After All.” And that’s not the only song Combs has written with his stunning wife in mind — check out the lyrics to “Lovin’ On You,” “Without You,” “Beautiful Crazy,” and “Better Together.” Once you read lines like “your hand fits right into mine like a needle in a groove” and Yeah, she’s crazy but her crazy’s beautiful to me,” it’s easy to see how real the love is between these two.

And Next Comes Baby!

Once upon a time, Hocking answered a fan’s Instagram Q&A question about the future by saying, “yess hopefully! I want a big family.” Now, Hocking is pregnant and due to deliver the baby’s son in spring 2022.

In the meantime, the couple have plenty of other things to celebrate. After years of supporting Combs as he hit the road and chased fame, Hocking now gets to stand by her man as he proudly racks up the awards and album sales. To date, Combs has two Grammy nods, two multi-platinum records, and the title of 2021’s Songwriter-Artist of the Year from the Nashville Songwriter Awards. All this after reportedly being rejected by the producers of The Voice for “not being interesting.”

It’s easy to see who came out ahead!