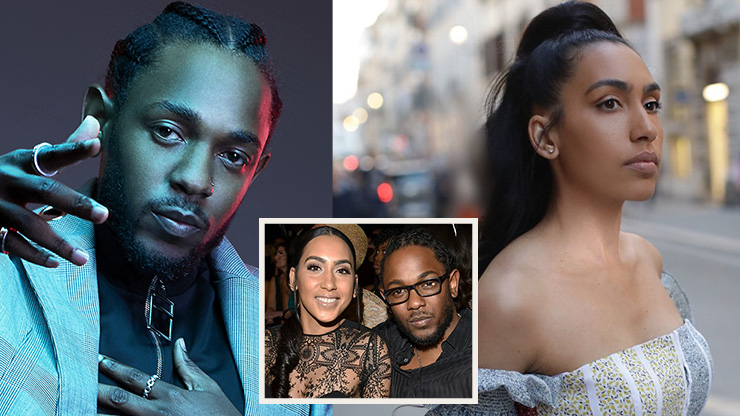 Kendrick Lamar is a man of many accolades, but if you ask the multi-award winner what the proudest part of his life is, he’ll tell you it’s his fiancée, Whitney. Attached at the hip since high school, Whitney has been with Kendrick through his entire journey to fame and fortune.

Who Is Whitney Alford?

Only becoming engaged in 2015 after dating since they were teenagers, Whitney and Kendrick have grown up together. Whitney was born in Compton, California in 1986, but despite growing up in a highly crime-populated area, Whitney had a pretty quiet and non-violent childhood.

No One Knew About Whitney Until 2014

Whitney and Kendrick may have been together forever, but no one in the public knew about the romance until a year before their engagement. And this is especially crazy because Kendrick’s career in the spotlight had actually taken off in 2004, 10 years earlier!

Whitney Has Been Bullied For Her Parentage

Whitney was born to a bi-racial mom and an African-American dad, and because of her own bi-racial identity, many fans came after her for not “looking African-American enough to claim she was black”. It’s been a hard road for Whitney, but she’s held strong through all of it.

In 2019, Whitney gave birth to her first child with Kendrick. The pair has always been notoriously private, so it’s no surprise that no information can be found on their daughter.

Whitney Holds Her Own As Half Of The Power Couple

Kendrick is monumentally successful, but so is Whitney. She went to school for accounting, but ultimately went with something opposite and passionate to her heart: a beautician. Now, she’s a bigger celebrity than Kendrick within the beauty industry, working on everything from movie sets to magazines, and with some of the biggest names in the entertainment industry.