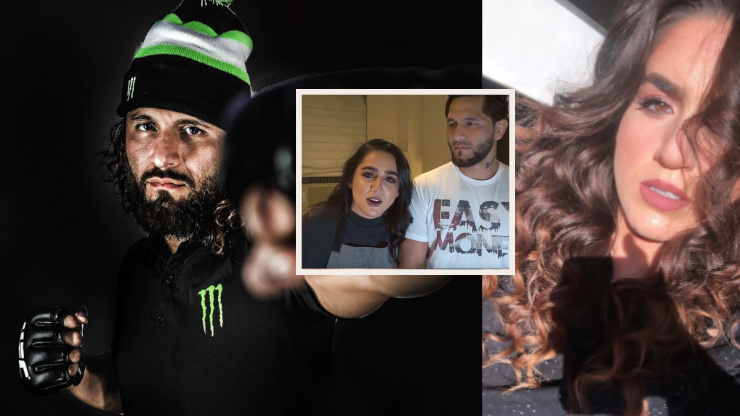 Having competed in MMA championships since 2003, 36-year-old Miami native Jorge Masvidal has had his fair share of controversies and his life spread all over tabloids and in the fame spotlight. He’s tried to keep his relationship with Iman Kawa and their 3 kids as private as possible, however, and there is so much shrouded in secret that it’s unclear if the 2 are still married or not currently.

A Master in the Kitchen

Though we don’t know a ton about how Jorge and Iman met, we do know that Iman has pretty impressive chops—quite literally. Also hailing from Miami, Iman went to a prime culinary school and is a renowned chef, with her highly successful YouTube channel called Better Than Your Mother’s. And though Jorge is famously private with his personal life, he never shies away from talking about how great his wife’s cooking is.

A Long and Full Fairytale

Within the little we do know about Jorge and Iman, the pair have been together at least a decade, and have 3 children together—a son and 2 daughters. Jorge has said before how he praises his wife and kids for supporting him and helping bring him up in the MMA world. Many, many years ago, when Iman’s cooking channel was taking off, she would post Instagram photos featuring herself and Jorge, but it’s been a very long time since she’s posted anything about him. There have been rumors since 2017 that the 2 have split, but neither have confirmed if this is true.

Another MMA fighter, Colby Covington, who was once Jorge’s best friend-now-turned to biggest rival, began posting social media claims in the spring of 2021 with a woman he claims is Jorge’s actual legal wife and mother of his kids. Colby claims that Jorge and Iman’s relationship was a sham all along, and the woman in question, Maritza Collado, has even been on Iman’s famous YouTube cooking channel numerous times. Though Jorge vehemently denies any of this, and fans don’t exactly buy into it more than being an explosive marketing ploy for Colby, we still don’t technically know the truth.