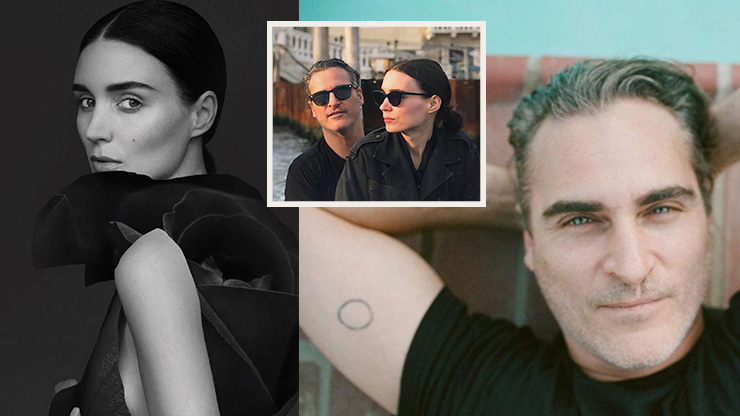 Known for their quirky and impressively under-the-radar relationship, Joaquin Phoenix and Rooney Mara have been batting eyelashes at each other since early 2012. Now, the two are engaged and just welcomed a new baby!

Rooney Comes From A Famous Bloodline

It’s hard to pick just who is the biggest star in the family, as there are so many big players, but we’ll start with Rooney’s great-grandfather, who founded the New York Giants! Trickling down the family line with cousins, siblings, uncles, aunts, and parents, Rooney’s lineage is full of sports, along with philanthropic endeavors and businesses.

Rooney’s Sister Is Also In The Business

Rooney’s older sister, Kate, is an uber famous actress, starring in the likes of House of Cards, American Horror Story, and Fantastic 4.

It Took Years For Rooney And Joaquin To Start Dating

The pair originally met in 2012 while shooting the movie Her together, in which Rooney ironically plays the role of Joaquin’s ex-wife. They wouldn’t meet again until 2016 when they filmed another movie together, Mary Magdalene. After filming wrapped, the two finally began their courtship.

When initially meeting on the set of Her in 2012, Joaquin walked away from the experience convinced that Rooney did not like him. But, those 4 years later when they started dating, Rooney revealed to Joaquin that she’d actually always had a crush on him.

They Welcomed Their First Child In 2020

In late 2020, Rooney and Joaquin brought a son into the world, naming him River after Joaquin’s late brother.