Jason Sudeikis and Keeley Hazell - It's officially ON! 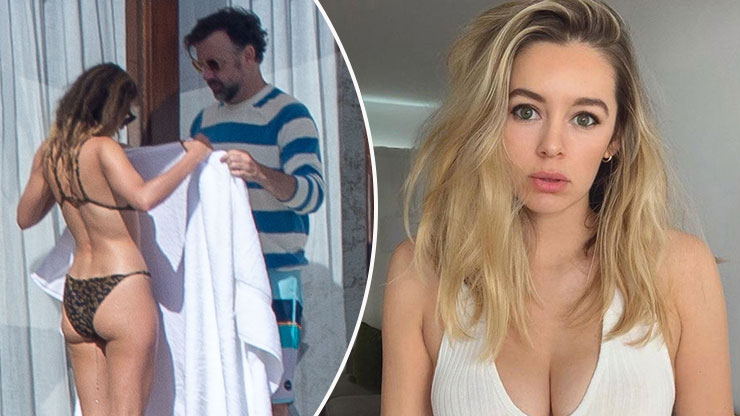 The gossip verse was all a twitter (no pun intended) when pics of Olivia Wilde and her new beau Harry Styles showed up on social media last year, but now it looks like Wilde’s ex Jason Sudeikis is moving on with his own gasp-worthy love interest.

The former SNL funnyman was recently captured smooching his 35-year-old Ted Lasso co-star beachside in Cabos San Lucas, Mexico. This isn’t the first time the duo have been spotted enjoying each other’s company, but prior to being caught in the act, sources close to Sudeikis swore up and down that the actors were just buddies.

ADVERTISEMENT
“
Apparently, the relationship has progressed

Sources close to the couple say they’ve been off and on, ultimately getting back together because Sudeikis “feels safe with her.” They were first romantically linked in February 2021 before giving paparazzi something to talk about while exploring NYC together in June. At the time, an insider downplayed the rumors, saying, “They’re just having fun. It’s nothing serious at this point.”

This time, 46-year-old Sudeikis was pictured packing on the PDA with his U.K. born sweetheart, while another photo from Mexico showed the Emmy Award winner wrapping a bikini-clad Hazell in a fluffy towel after she took a dip in their pool.

Sudeikis was previously engaged to House star Wilde, with whom he has two children. Son Otis is 7, while daughter Daisy recently turned 5. Their engagement came to an end in November 2020. The avid Kansas City sports supporter was also married to screenwriter Kay Cannon from 2004 until their separation in 2008. Their divorce was finalized in 2010, and the couple had no children.

While known more for his comedic chops than his dramatic skills, Sudeikis has been surprisingly up front with his emotions regarding the split from Wilde, telling GQ magazine, “I’ll have a better understanding of why [it happened] in a year. And an even better one in two, and an even greater one in five, and it’ll go from being, you know, a book of my life to becoming a chapter to a paragraph to a line to a word to a doodle.”

Clearly affected by the breakup, Sudeikis went on to discuss his part in the couple’s issues and how it might influence future relationships. “That’s an experience that you either learn from or make excuses about. You take some responsibility for it, hold yourself accountable for what you do, but then also endeavor to learn something beyond the obvious from it.”

As for Wilde, she seemed to move on relatively quickly, striking up an on-set romance with Styles while directing her upcoming film, Don’t Worry Darling. The former One Direction boybander has a starring role in the flick.