ADVERTISEMENT
Here are the most expensive celebrity homes sold in 2021 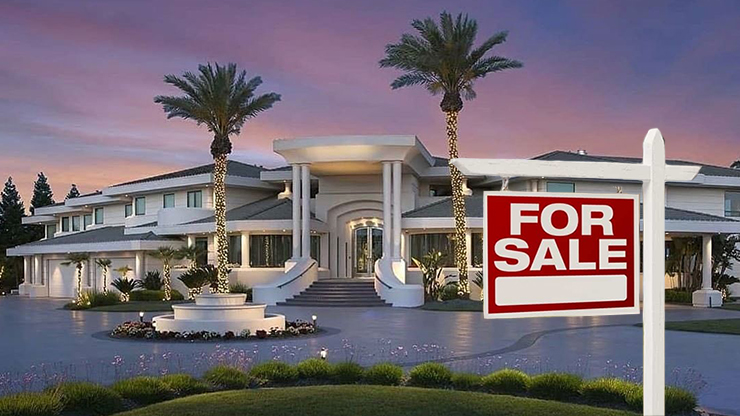 This year has been one for the record book for most people, celebs included. Whether they’re adjusting after a change in relationship status, spending a fat paycheck thanks to a new album or TV deal, or pulling up stakes to escape soaring taxes, these superstars spent their 2021 making big-time real estate moves — and you won’t believe the stats on some of these homes.

1. Kanye “Ye” West’s Monster Lake Ranch in Wyoming — On the Market for $11 Million

The newly named Ye hasn’t had the best year, what with his wife Kim Kardashian filing for divorce, and now it seems that he’s lightening his real estate load by finding a new family to enjoy the Wyoming ranch he used as the headquarters for his 2020 presidential campaign. Rumor has it that Ye loved the Yellowstone adjacent property while Kim K wasn’t so keen on the remote locale.

It was hardly mission impossible for the Jack Reacher star when he wanted to offload his Telluride, Colorado home earlier this year. The huge price tag for the 10,000-square-foot manse set a record for the region, and with 320 acres of land for the new owners to explore, it seems well worth the splurge.

When you’ve sold a combined 115 million records and counting, it makes sense you’d have the dough to blow on your own island. That’s just what power country couple Tim McGraw and Faith Hill did when they bought their own 20-acre island called Goat Cay in 2003. Now, nearly 20 years later, they duo sold the island and the property they had built for big bucks. The sale included the land as well as a 6,500-square-foot home, beach yurts, and staff quarters.

As the heiress to the Formula One fortune, blonde bombshell Petra Ecclestone has plenty of money coming her way, but her bank account may be even healthier if she manages to sell her and fiancé Sam Palmer’s enormous luxury abode. Potential buyers got a glimpse at the updated features that make the Georgian masterpiece so special thanks to a 10-minute marketing video that deftly shows off swanky decorative touches like a 150,000-piece crystal chandelier and a basement “wellness level.”

Performer The Weeknd, born Abel Makkonen Tesfaye, had the most streamed song on Spotify in 2020, but he may be even more excited about selling his jaw-dropping California estate to a pop legend — Madonna! The property, first purchased by The Weeknd for $18.2 in 2017, was originally listed in June for $25 million before a serious price reduction helped the Material Girl score a sweet deal. There’s plenty of room for her large family, too; the huge home includes seven bedrooms as well as a pool, spa, wine cellar, basketball court, and guesthouse.

Recommended by
40 Photos of Iconic '80s Stars
Why Hollywood Won't Cast These 20 Actors Anymore
Hollywood Blacklisted Him. Now We Know Why.
ADVERTISEMENT