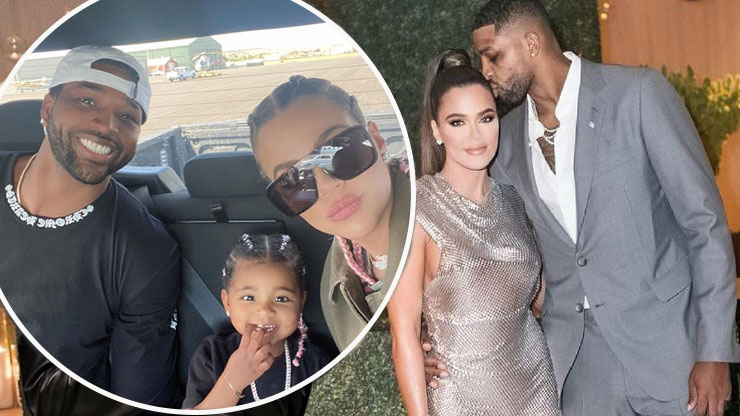 Just over a month after news broke that Tristan Thompson was reportedly expecting baby number three with fitness model Maralee Nichols, a paternity test has confirmed that Thompson is in fact the father.

Now the Sacramento Kings center/power forward is admitting the baby is his, and he’s coupled his announcement with an apology to his ex and second baby mama Khloé Kardashian.

In a note posted to his Instagram stories last Monday, Thompson acknowledged the test results, saying, “I take full responsibility for my actions. Now that paternity has been established, I look forward to amicably raising our son. I sincerely apologize to everyone I’ve hurt or disappointed throughout this ordeal both publicly and privately.”

He went on to directly address Kardashian, with whom he has one child, a three-year-old daughter named True. “Khloé, you don’t deserve this,” wrote the Ontario-born baller. “You don’t deserve the heartache and humiliation I have caused you. You don’t deserve the way I have treated you over the years. My actions certainly have not lined up with the way I view you. I have the utmost respect and love for you. Regardless of what you may think. Again, I am so incredibly sorry.”

The social media mea culpa comes after Thompson had previously contested Nichol’s legal request for child support, with documents first filed in LA back in June 2021. Thompson first tried to move legal proceedings to Houston, where Nichols lived before relocating to California, maintaining that since the two had hooked up in Texas, the child support case should be heard in that state as well.

Part of the evidence used by Nichols in her suit included text messages from Thompson encouraging his one-time personal trainer to terminate the pregnancy, offering her $75,000 up front as an alternative to the “few hundred” a month he said she’d get if she carried her baby to term and sued for support. Now, experts estimate Thompson will be on the hook for as much as $40,000 per month to help take care of his third child.

Confirmation that Thompson cheated on Khloé with Nichols adds to an already long track record of infidelity, with Thompson stepping out while Khloé was still heavily pregnant with True as well as after their daughter was born. He is also believed to have first hooked up with Khloé while still expecting his first child with ex-girlfriend Jordan Craig.

Though Khloé appeared to forgive Thompson for his indiscretions at first, even officially getting back together, the couple ultimately split for good in June 2021, right around the time when Thompson likely would’ve been informed of Nichols’ pregnancy.

Nichols has since given birth to a healthy baby boy she named Angelou Kash Thompson.

Recommended by
Walmart Cameras Took These Candid Photos
At 42, Rachel McAdams Will Make You Gasp
At 76, Jacqueline Bisset Will Make Your Heart Skip A Beat
ADVERTISEMENT