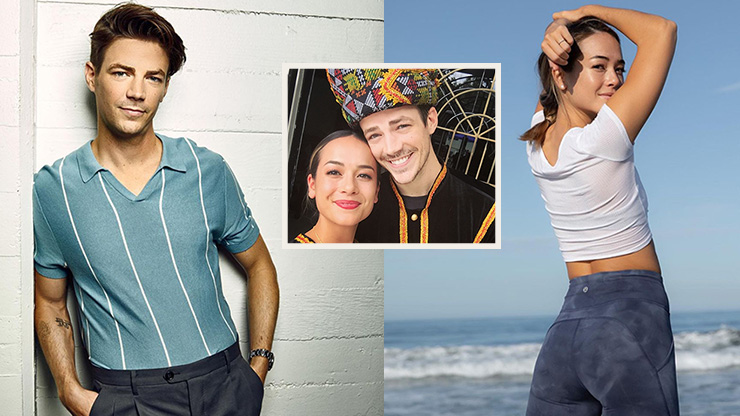 Whether you know him from the Arrowverse as The Flash, or from way back in the day on Glee, Grant Gustin is famous for his acting range in theater, musicals, and on weekly nighttime dramas. But all that impressive clout aside, it’s Grant’s other half that’s the real apple of his eye.

Grant’s wife, Andrea “LA” Thoma has plenty of her own accolades under her belt. She studied Exercise Physiology at Kent State University in Ohio, worked as a successful Physical Therapist, and then achieved a full-on doctorate from Old Dominion University in California.

LA Is As Humble As They Come

Forever passionate about health and wellness, LA doesn’t just put her degrees to use in the PT world. She also shares workout regimens on all her social media platforms, and even has a YouTube channel.

The Courtship Was A Flash

After dating less than a year, and multiple plans Grant had made to propose fell through, Grant opted for spontaneity. After working out one morning on the beach, he popped the question to LA. She thought it was a joke at first, and had a laughing fit before saying yes.

LA Is Of Kadazan Roots

LA’s mother has always spoken both English and the Kadazan language to LA and her siblings. LA and Grant even went to Malaysia before they were officially wed to have a celebration ceremony there.

Just this past February, the couple announced that LA is pregnant with their first child, adding to their already expanding brood of pups at home.