Don’t Panic, This Couple Didn’t Meet At The Disco | Brendon Urie and His Wife 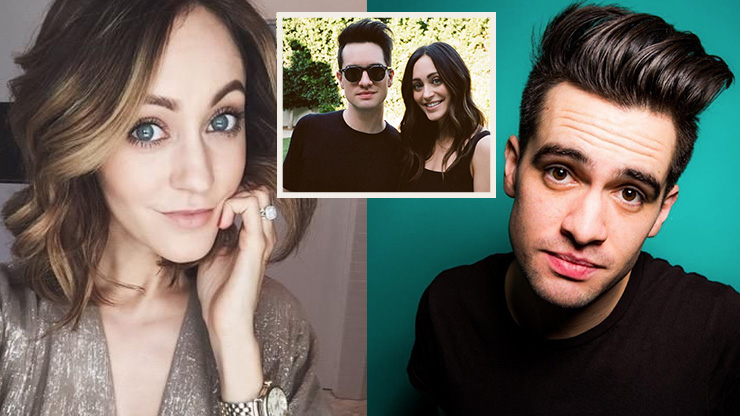 Panic! At The Disco’s lead frontman, Brendon Urie, boasts vocals and songwriting abilities for days, but a lot of the credit to his genius comes in the form of his muse, a.k.a. his wife, Sarah Orzechowski.

Or, Michigan, rather. Sarah grew up in Detroit, went to esthetician college there after high school, and would then meet Brendon for the first time in the Motor City at one of his band’s concerts.

Brendon and Sarah originally met at one of Panic! At The Disco’s shows, and when Brendon saw Sarah, he touted this moment as love at first sight. But timing wasn’t on their side just yet, because Sarah was in a relationship. Brendon actually bid Sarah farewell when he found this out, as he was certain if he didn’t separate himself from Sarah, he’d kiss her.

Eight months passed from when Sarah and Brendon first met, and by this time, Sarah was single! The pair immediately got together and haven’t been apart since.

An Ode To Haley Williams Of Paramore

Brendon and Sarah credit the lead singer of the band Paramore, Haley Williams, of putting the two back together. After finding out that Sarah was single, Haley knew she had to get Sarah to come backstage at Brendon’s show. Now THAT is a sign of the ultimate friendship! (And wingwoman!)

Sarah Has Paved Her Own Way To Fame

Sarah puts her passion for skin and body care to work, as she has her own gig as a successful esthetician and makeup artist to the stars. She even had a major career stint with MAC Cosmetics for years.