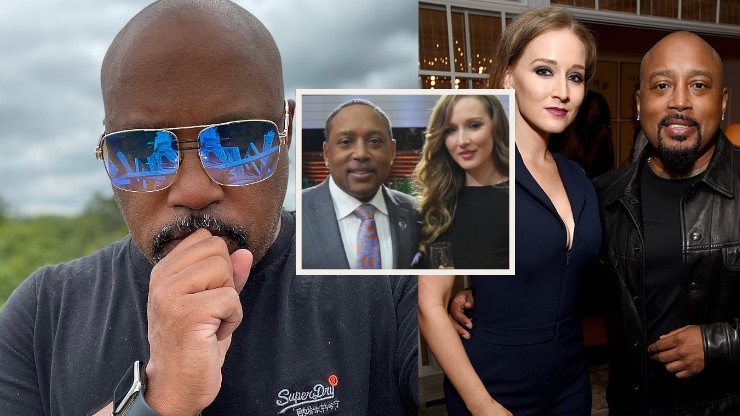 Though at this point, Daymond John is arguably more well-known for his stardom as avid investor on Shark Tank, it was his genius business moves in founding world brand FUBU that catapulted him to fame in the first place. But Daymond’s personal life is just as full as his bank account.

Divorce Made Him Ready for Real Love

Before his big fame and success with FUBU, Daymond was married with 2 daughters. But as his success rose, his touch with reality severed, and he abandoned what it meant to be a family man. His first wife filed for divorce but made Daymond promise to pay it forward and use his big money to make the community better, along with building better relationships with his daughter. This divorce led Daymond to changing who he was, how he did business, and how he treated relationships with people. This ultimately negative time in his life led to something really good, and turned him into a person ready to commit when he met his next wife, Heather.

Daymond and Heather were good friends for a whopping 7 years before romance blossomed. When they pulled the trigger on finally dating one another, it was a long-haul relationship, and they even had a daughter together, before Daymond proposed to Heather on the set of Shark Tank in 2016. After a 2-year engagement, the pair were wed in a lavish ceremony in Greece full of all the sparkles and grandeur that you’d expect from a multi-millionaire.

Heather was a big entrepreneur herself worth upwards of $300 million before she tied the knot with Daymond, though other than proudly posting on socials about how happy she is and how much fun she’s having with hubby and daughter, Heather remains a mystery. Not much is known about what she’s involved in when it comes to the business world, and as far as anyone can tell, she only reveals a couple of her passions, which involve world travel, being a mom to 5-year-old Minka, and an affinity for good fashion.