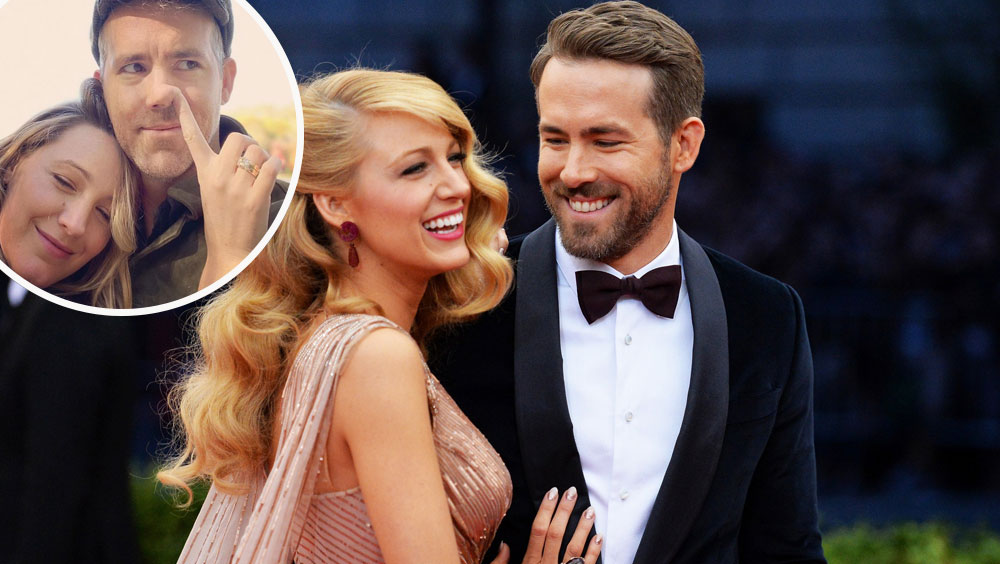 They’re one of the hottest couples in Hollywood today, but how did Blake Lively and Ryan Reynolds first get together? Was it love on first set? Or is this a case of friends first?

Here’s everything we know about the woman who played supreme socialite Serena van der Woodsen and her longtime love, the man behind the hilarious Deadpool, and their gorgeous family.

Though Blake and Ryan met on the set of Green Lantern, the two costars were just friends at first since they were both involved with other people at the time. During the filming of the superhero movie, filmed in 2010, Reynolds was still married to ex-wife Scarlett Johansson (the two separated in late 2010 and divorced the following year). Lively was in a relationship of her own with Gossip Girl costar Penn Badgley.

But things soon changed when Reynolds and his Age of Adaline love went on a double date — paired up with other people. Though they were supposed to be purely platonic, Ryan says things took a surprising turn.

By late 2011/early 2012, the happy couple was spotted out and about holding hands, and soon after, they were photographed visiting each other’s families and stealing away for romantic vacations to New Orleans, where Lively had a home, and Reynold’s native Vancouver.

After dating for a few years, Reynolds popped the question, and Lively of course said yes. The two were married in a secret ceremony at Boone Hall in Mount Pleasant, South Carolina. Though plenty of friends and family were in attendance, the public didn’t find out about the Martha Stewart-designed wedding until after the I dos were all said.

Reynolds wore a Burberry suit to commit to his now wife, while Lively was decked out in sparkly Marchesa. A source told People that the duo “just stared at each other with absolute love. Their faces were lit up with candlelight, and it looked like something out of a romance movie.” Fitting, since Boone Hall is where The Notebook was filmed.

Since tying the note, the Reynolds-Lively family has grown to include three little girls. Daughter James came first in 2015, named after Reynolds' recently deceased father, while Inez was born in 2016 and Betty debuted in October 2019. While the first two children’s names were leaked rather quickly, fans only discovered Betty’s name when her parents’ pal Taylor Swift released a song bearing the same name that also mentioned Inez and James. Internet sleuths pounced on the details immediately.

Even after almost 10 years of marriage and three children, it seems the acclaimed actors are still deeply in love. In 2014, Lively told Vogue, “Everything we do in life we do together.”

Cue the heart eyes and sighs.