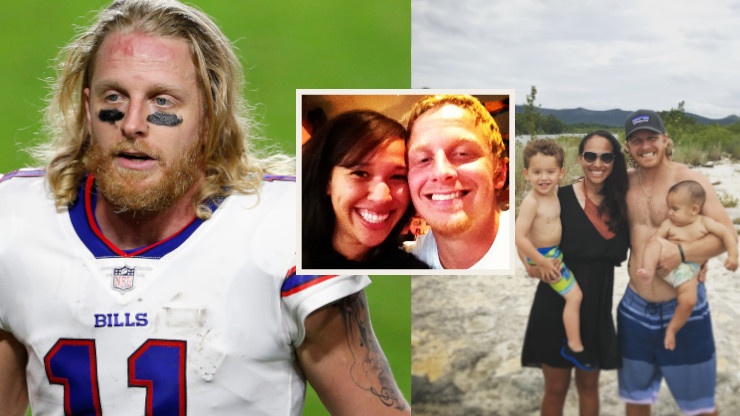 NFL wide receiver Cole Beasley has been in the NFL since 2012, and his career has had its share of ups and downs. But beyond the field lights, Cole has a lot going on in his life. He’s also a musician, releasing his first album last year, and even more importantly, he’s a family man. Married to his wife, Krystin for over 7 years, these 2 know what it takes for a successful relationship.

It’s no wonder that some of the most successful celebrity relationships don’t let us in much beyond the pale. Keeping private life private seems to be the key ingredient to a long-lasting love story under the glare of paparazzi lights. There is no information out there on how Krystin and Cole met, how their love story unfolded, or even much about how their life looks now, other than the few and far in-between glimpses we get to see. Sometimes, they’ll post on social media, but not often, and though they are photographed out and about together pretty frequently, all we can tell is they look very happy.

Krystin is a Pretty Big Deal

Hailing from Cole’s home state of Texas, Krystin is an assistant attorney general for the Illinois state office. Maybe it’s that law background that has brought Krystin out of her shell at least a couple of times on social media. When fans have made disparaging remarks about Cole’s team losing a game, Krystin has gone to Twitter in a handful of instances in which she loudly defends her husband and shuts down the trolls.

Cole and Krystin have 3 kids together, with their first, a son, born in 2014. 2017 would see another son, and 2019 would see a daughter for the 2. While their 3 children and Krystin’s own career keep them quite busy, they never miss a game their father plays. Always showing up to cheer him on, Krystin and the kids are a ride-or-die family and support Cole in every game and every endeavor he takes on.