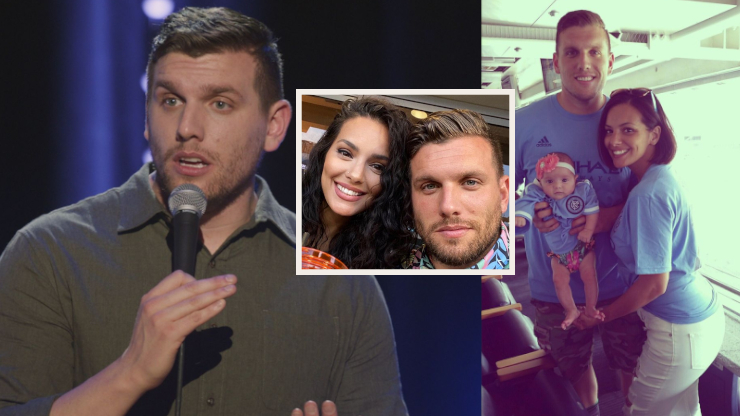 You may know comedian Chris Distefano from his earlier comedy work from a few years ago—when he debuted on the wildly popular shows Girl Code and Guy Code. But today, Chris has moved on to bigger things, with his own Comedy Central special, and an ongoing string of successful stand-up tours and cameo appearances in movies and shows. But it’s not just his career that’s moved up—his personal life has, too, as he got hitched to his wife, Jazzy, in 2015, and they welcomed 2 kids into their world in just 4 years.

Jazzy Distefano was actually born Jasmin Canuelas, hailing from Brooklyn, New York. When she met Chris in 2013, Jazzy was a renowned Zumba instructor who was just getting started in taking her fitness empire to new heights. Chris has never kept his adoration for Jazzy a secret, either, as since they met, he’s been clear in all his posts about her just how smitten he is with his wife.

Her First Child Took Her Career in a Different Direction

In 2015, the same year that Jazzy married Chris, she became pregnant with their first child. While Jazzy’s career had always been in fitness, after pregnancy, her focus went in a different direction—towards post-partum physical and mental health. Her Instagram and YouTube followers skyrocketed, and Jazzy has become a huge inspiration in the pregnancy and postpartum fitness world.

In 2021, Chris and Jazzy welcomed their second child—another daughter! This pregnancy was a little different for Jazzy, but it was something she was happy for, as it gave her another outlet to connect with her followers on her postpartum body journey. While the happy couple don’t have any plans for more kids anytime soon, Chris is over the moon with the 3 girls in his life, and Jazzy’s career is just as, if not more so, successful than her funnyman husband’s. Jazzy posts frequently about her newborn and mom life in general on her Twitter and Instagram pages for the world to follow.