Check Out These 5 Celebrities Who Own Their Very Own Islands 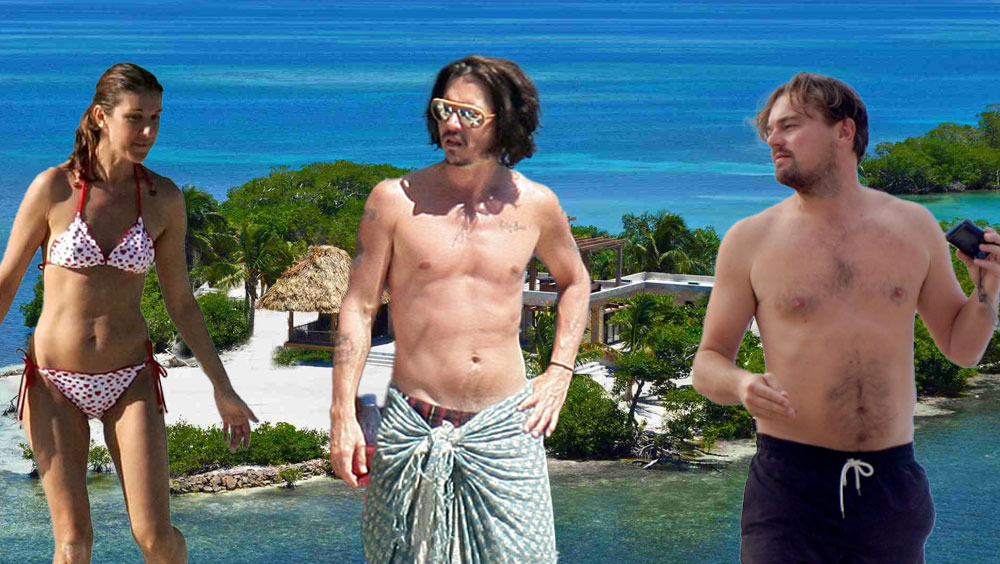 What’s more A-list than owning your own island? Jetting up to a totally secluded paradise is way better than being confronted by paparazzi lurking outside your Hollywood mansion.

That’s probably why these five celebrities have splashed out for homes surrounded by water and located far, far away from prying eyes.

Vegas residencies must come with a mega paycheck, because Celine Dion had more than enough in her bank account to buy up her own island called Île Gagnon on the Rivière des Mille Îles.

She constructed her very own chateau there, but eventually sold off the modern-day castle and surrounding land for a whopping $25.5 million in 2016.

As one of country music’s most iconic couples, Tim McGraw and Faith Hill are known for making music and cuddling up on red carpets, but it turns out they know how to spend the big bucks, too.

The duo splashed out millions to buy their own island near Turks and Caicos in 2003.

They eventually built a sprawling 15,000-square-foot holiday retreat they primarily used for their own down time and as a landing pad for friends like Chris Martin and Gwyneth Paltrow, who needed some post-divorce privacy.

The man who played Captain Jack Sparrow could probably just take whatever land he wanted and call it pirate’s rights, but actor Johnny Depp went the more traditional route and actually paid cash money for his island in Little Halls Pond Cay, Bahamas.

No word on whether he’s still fond of the island’s sandy beaches since he chose to host a celebration of his ill-fated marriage to ex-wife Amber Heard there in early 2015.

Leonardo DiCaprio is a dedicated environmentalist, and when he’s not on set filming another Oscar-worthy film, he’s usually stumping for various eco-friendly initiatives or attending events centered on sustainability.

It’s not too surprising then that DiCaprio’s 2005 purchase of a huge swath of land in Belize was not for his own use but to serve as the site for an eco-friendly resort.

As of 2022, Blackadore Caye, A Restorative Island is still in progress, with developers promising the creation of “one of the world’s most exclusive island retreats, located in beautiful Belize behind the world’s largest barrier reef.”

Richard Branson is currently focused on his forays into space travel, but before he looked to the stars, Branson was all about that island life.

The Virgin Group mogul’s famous Necker Island in the British Virgin Islands has been a part of the billionaire entrepreneur’s portfolio since 1978, when he bought it for just $180,000. Since then, Branson has hosted a long list of dignitaries and stars including Nelson Mandela, Princess Diana, and Kate Hudson.

In 2007, Branson expanded his tropical oasis by purchasing another island nearby, increasing his guest cap from 28 people to around 50.