Celebrities Who Have Insane Fears 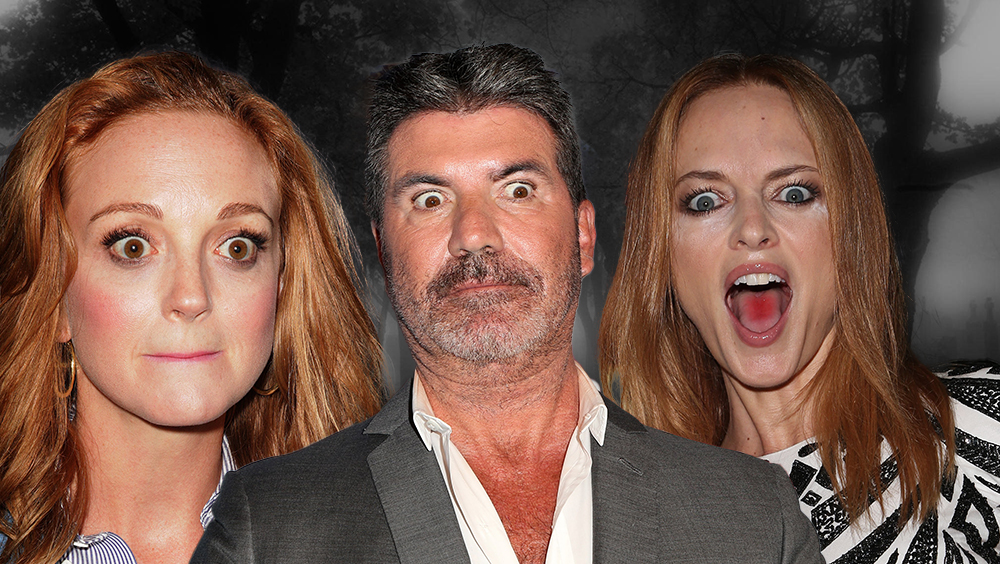 Everybody gets scared from time to time, but experts estimate that some 19 million Americans have something that scares them so much it can be classified as a phobia. It only makes sense that some of those people would be famous.

Here are five celebrities who have insane fears.

It’s pretty ironic that one of the biggest bombshells of the ‘90s would have trouble looking at her reflection, but that’s exactly what’s up with Baywatch stunner Pamela Anderson.

The Canadian-born actress suffers from eisoptrophobia, which is a fear of mirrors. She once told the Daily Mail that she also can’t stand to see herself in recordings, saying, “I don’t watch myself on TV. If anything comes on, I make them turn it off or I leave the room.”

Long before she made a name for herself as a vampire’s love interest in Twilight, Kristen Stewart had a traumatic fall off a horse. She was just nine years old when she suffered a riding injury, breaking and dislocating her elbow.

Though she says she’s still afraid of horses as an adult, Stewart managed to overcome her fear long enough to ride a horse during the filming of her fairytale-inspired movie Snow White and the Huntsman.

Khloe Kardashian has plenty of things in her life that should rightfully have her shaking in her boots (cheating exes, for instance), but what really gets her trembling? Belly buttons.

“I hate belly buttons,” Khloe confessed in a post she made using her now-defunct app. “You can’t touch mine and I don’t want to touch yours. When I’m in the shower, I wear hand mitts and scream every time I wash my belly button.”

Oscar-winning actor Billy Bob Thornton has a long-standing reputation for being a pretty eccentric guy. The Sling Blade star has been married six times and once made headlines for wearing a vial of then-partner Angelina Jolie’s blood around his neck.

Given all that, it’s not too surprising that Thornton has a pretty unique phobia of French antique furniture. Thornton’s best guess is that the fear comes from being attacked by Louis XIV-era furniture in a previous life.

After standing up to Thanos and saving the world, it seems like Marvel’s Black Widow shouldn’t be afraid of anything anymore, but the actress behind the red-haired superhero does have a very surprising weakness.

Scarlett Johansson struggles with ornithophobia, a fear of birds. As she explains it, it’s “something about the wings and beaks and the flapping. I’m terrified of them.”

Interestingly, Scarlett’s uncle has the same exact fear. No telling whether her kids are already shying away from Big Bird and Tweety.