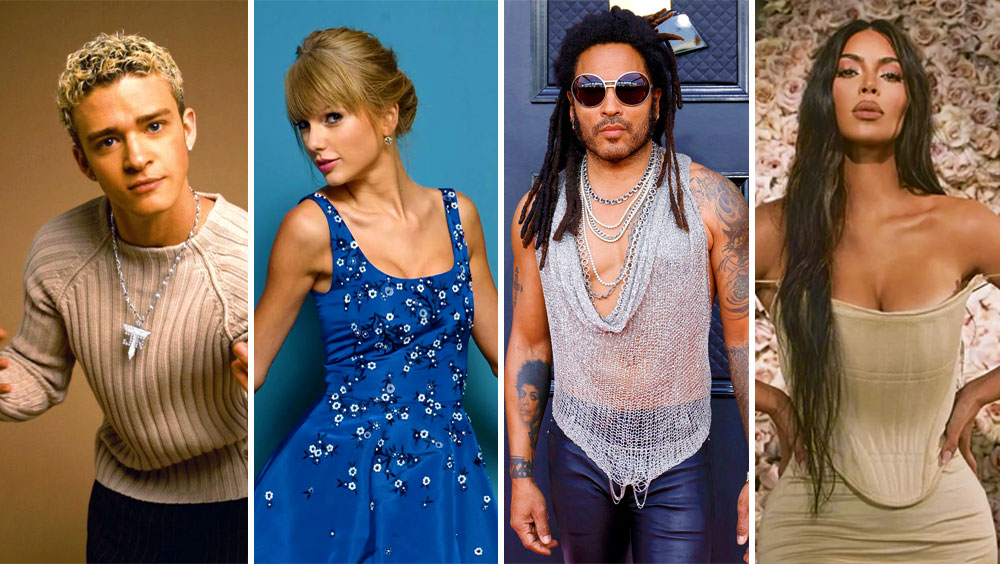 They were with WHO?! Even the most dedicated gossip fans have some gaps in their memory. Check out these celeb couples whose relationships seem to have slipped everyone's minds.

Home Alone meets That 70’s Show. Before Mila Kunis married Ashton Kutcher and had two adorable kiddos and Culkin hooked up with current partner Brenda Song, Mila and Macauley were a serious couple.

Pre-Britney Spears, NSYNC songster Justin Timberlake was arm candy for fellow singer Fergie. “Justin and I would go out together and have fun and make out,” Fergie spilled to Cosmopolitan in 2006. “We went to Hawaii together, but we were never serious. He was Mr. Right Now.”

Probably a good thing since at the time of the fling, Justin was just 16 and Fergie was 23.

"Are you gonna go my way?" Lenny asked, and Oscar-winner Nicole said, “Yup!” This unlikely pair not only dated, but they were also even engaged at one point, though the public wasn’t aware Lenny had proposed until years later.

Kidman was doing an interview in support of her cable TV show Big Little Lies and told a reporter, “I knew Zoe [Lenny’s daughter with Lisa Bonet because I was engaged to her father.”

People love to follow Taylor Swift’s every move, especially when it involves her love life, so it’s amazing that anyone has forgotten her fling with Twilight star Taylor Lautner.

“Taylor Squared” came about after the two cuties appeared in the movie Valentine’s Day, but alas, it wasn't meant to be. Rumor has it Swift’s hit song, Back to December, is about the Tay-Tay breakup.

Kim Kardashian may be a megastar billionaire entrepreneur now, but once upon a time, she was just a fame-hungry lawyer’s daughter looking for a way into the spotlight. At least that’s how former flame Nick Lachey sees it.

The boy-bander says he and Kim K dated for about a week. “We went to a movie. No one followed us there. Somehow, mysteriously, when we left, there were 30 photographers waiting outside.” Totes suss.