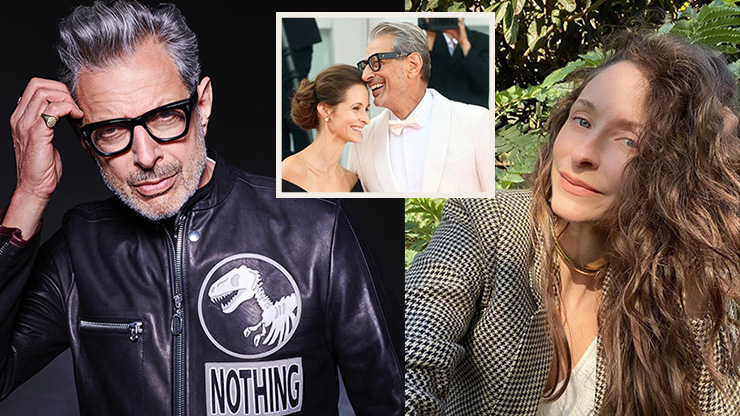 Jeff Goldblum has aged like a fine wine (and definitely NOT as terrifying as his character did in The Fly). This is something that attracted his 30-years-his-junior bride, and it honestly keeps the rest of us still drooling over him this many years after the OG Jurassic Park debuted.

Emilie Livingston is a highly accomplished Canadian gymnast who fell in love with Jeff quickly, but took their relationship slowly. Jeff had been married twice before, and with that uphill climb of such a big age gap, Emilie was unsure if this love could be real.

The Courtship Was A Long One

The pair dated for over 4 years before they decided that they’d waited long enough. They had a private, beautiful wedding at the Chateau Marmont of Los Angeles in November of 2014.

Before they decided on marriage, Emilie wanted to go to a couple’s counselor to decide what was really best for the two of them. Though both were always vocal about their deep love for one another, they knew the age gap could pose an issue. Ultimately, though, it didn’t!

Emilie has said she always wanted a family with Jeff, but was afraid he wouldn’t be up for it, being that he was in his 60s. But Jeff was ecstatic about the idea of starting a family, even so late in life. They now have 2 sons, Charlie and River.

Known for a taste for fine dining, the couple doesn’t skimp on good date nights out. Regardless of how fancy the place might be, though, Emilie and Jeff don’t lose their quirky-ness, and have even been known to dress in the same outfits.