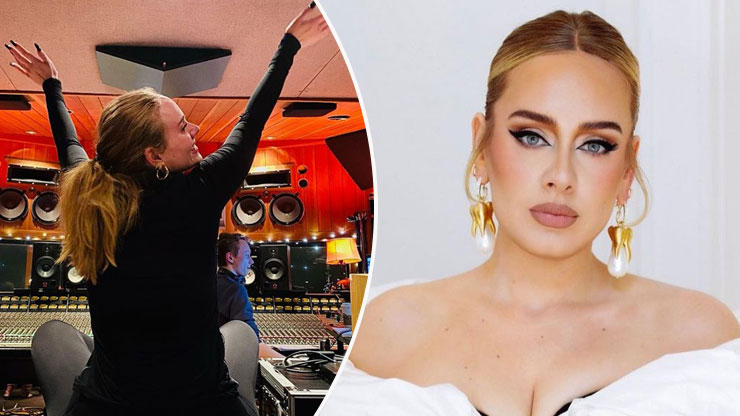 Divorce can be devastating, but for singer Adele, the breakup of her marriage to ex-husband Simon Konecki was also a source of inspiration.

The soulful singer has just released her newest album, entitled 30, and as part of her whirlwind promotional tour she’s opening up about her romantic struggles, what it’s like to be a single mom, and how she’s found love and freedom when she least expected it.

ADVERTISEMENT
“
She’s opening up about her romantic struggles

News of the London-born singer’s separation from her charity entrepreneur spouse broke in 2019, just a year after they married and some eight years after the duo first started dating. They share a son, Angelo, born in 2012. The former couple's divorce was finalized on March 4, 2021, and Adele is now dating Rich Paul, an agent whose Klutch Sports Group represents tons of high-profile athletes including Lebron James, Ben Simmons, and Draymond Green.

Though the single-named singer, born Adele Laurie Blue Adkins, seems to be in a happy relationship now, she says she struggled with feeling like a failure when she realized her marriage wasn’t going to work out. Suffering in the spotlight only made things worse.

“It made me really sad,” she explained. “Then having so many people that I don’t know, know that I didn’t make that work… it f—ing devastated me. I was embarrassed.”

Fortunately, the highly acclaimed singer — who has a whopping 15 Grammy Awards and nine Brit Awards to her name — was able to channel her pain, creating her fourth studio album. The newest release follows Adele’s trend of naming her records after the age she was when she wrote and recorded them.

The first single, "Easy On Me," hit airwaves on October 15, quickly breaking streaming records for both Amazon Music and Spotify as well as debuting at the top spot on the Billboard Hot 100.

In the song, Adele gives listeners a hint at what went wrong in her marriage, saying in part, “There ain’t no room for things to change/When we are both so deeply stuck in our ways/You can’t deny how hard I have tried/I changed who I was to put you both first/But now I give up.”

ADVERTISEMENT
“
She lost a reported 100 pounds, finding relief for her chronic back pain in the process

The lyrics are in line with much of what the stunning songstress has talked about in her recent media blitz. She told one outlet that she realized felt like she didn’t know herself. “I thought I did,” she explained. “I didn’t know if it was because of my Saturn return or if it was because I was well and truly sort of heading into my thirties, but I just didn’t like who I was.”

Following a huge physical transformation (she lost a reported 100 pounds, finding relief for her chronic back pain in the process), Adele put pen to paper and created a slew of tracks dedicated to love, loss, and motherhood.Though there are no current plans for a 30 tour due to lingering COVID concerns, fans can see Adele perform in her new CBS special, “One Night Only.”