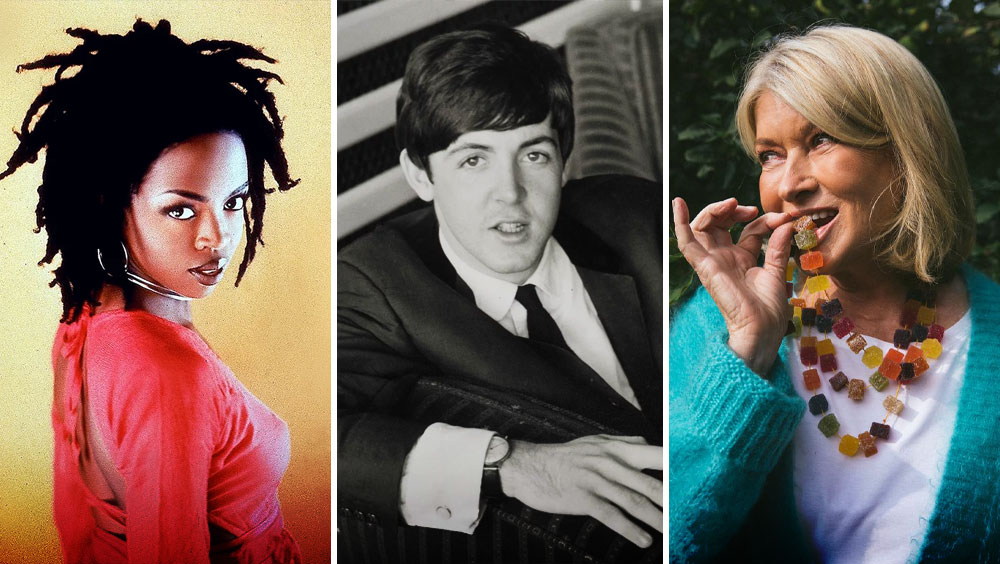 The wheels of justice turn differently for A-listers than they do for ordinary people, but these celebrities did the crime and had to do the time.

Check out these famous people who went to jail.

Before Mark Wahlberg had his own Funky Bunch, and way before he was a Golden Globe-nominated actor, the Boston-born star had a major run-in with the law.

When Wahlberg was just 16 years old, he attacked two Vietnamese men in two separate incidents that took place on the same day. He eventually pleaded guilty to felony assault and served just 45 days of his 2-year sentence.

Lauryn Hill soared to fame as a member of the Fugees before her solo album The Miseducation of Lauryn Hill helped make her one of the most critically acclaimed artists of all time. But somebody forgot to educate Hill about taxes.

The stunning singer-songwriter-rapper spent time in prison in 2013 for tax fraud, serving just a few months of a recommended 36-month sentence followed by several months of probation.

It was a rough day in the life of Paul McCartney when the Beatles legend was arrested at the Tokyo airport in 1980 for toting a half-pound of marijuana through customs.

While “regular” people may have been sentenced to as much as 7 years of hard labor, McCartney got off significantly easier. His punishment included a 9-day prison sentence and about a million British pounds in restitution.

Ask entertaining guru Martha Stewart what she thinks of prison, and she's likely to say it’s not really a “good thing.” The television personality and retail entrepreneur got wrapped up in the ImClone stock trading case and was convicted of numerous charges related to insider trading in 2004.

Her punishment was 5 months spent at Alderson Federal Prison Camp in West Virginia, where fellow inmates nicknamed her “M. Diddy.”

Sean Penn may be a well-respected actor, but some people still remember when the Oscar winner was less of a social activist and more someone in dire need of anger management.

Penn has been arrested numerous times dating back to assault and battery charges in 1985. He finally spent 33 days in jail in 1986 for violating probation by punching an extra on the set of his movie Colors.